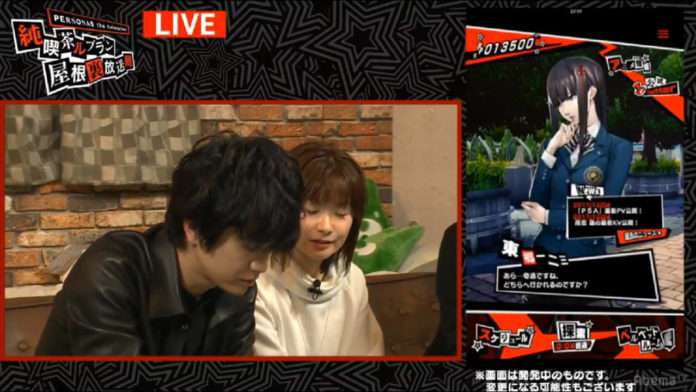 It shows off the calendar and Mementos dungeon exploration game elements of the app, as well as character interaction scenes.

Read more about the app in the previous post.

This was shown during the inaugural “Persona 5 the Animation Net Cafe Leblanc Attic Broadcasting Station” live stream, shown off by a PR representative of Aniplex.

The free app Persona O.A. is scheduled to be released in Spring 2018 in Japan for iOS and Android mobile devices, with pre-registration now available on the official website.