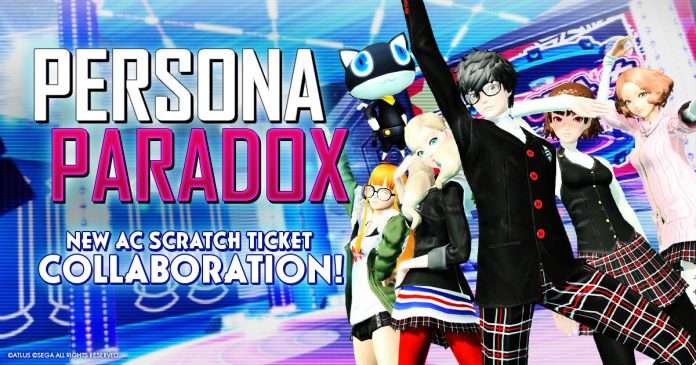 Sega has announced that a new collaboration will be released for the online action RPG Phantasy Star Online 2 in the West starting on August 12th, called “Persona Paradox.”

AC Scratch Tickets can be obtained in the game from August 12 to September 9 to earn a variety of Persona related outfits, accessories, music, and emotes. The full list of these items can be found on the official PSO2 website.

Prepare to face your true self, Arks! We are proud to announce our newest AC Scratch Ticket collaboration, featuring items from the acclaimed Atlus’ JRPG series, Persona! The PERSONA PARADOX comes to Phantasy Star Online 2 on August 8th!