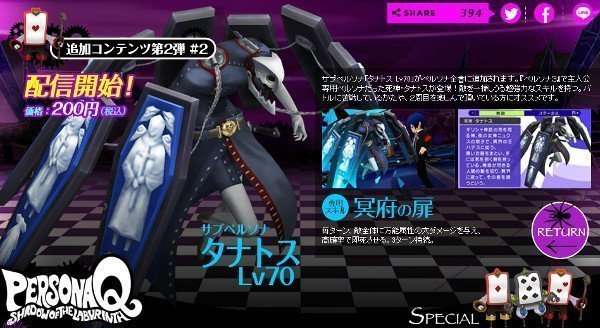 Alongside the release of Orpheus Telos as a free DLC Persona to Persona Q: Shadow of the Labyrinth today, Thanatos and Magatsu Izanagi have been added as DLC for 200 JPY each.

Orpheus Telos was made available for Persona Q on June 18, and it was revealed that Thanatos—a level 70 Persona originating from Persona 3—would be made available on June 18 as well. The same goes for Magatsu Izanagi, a level 92 Persona.