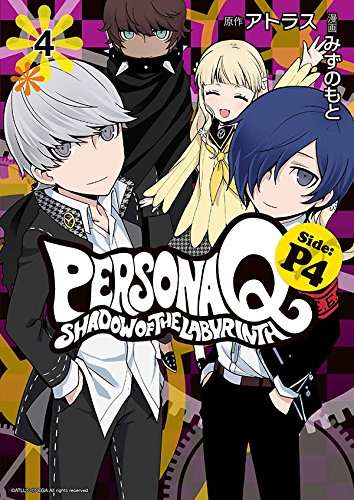 It was previously announced that the third and fourth volumes of the Persona Q: Shadow of the Labyrinth Side: P4 manga would be releasing on June 9, 2017 in Japan. The covers for both of the upcoming volumes have been released.

The serialized manga ended in Monthly Shōnen Sirius magazine on February 25, 2017. The Side: P4 manga by author Mizunomoto began serialization on January 26, 2015, and it was simultaneously published in English through Crunchyroll.