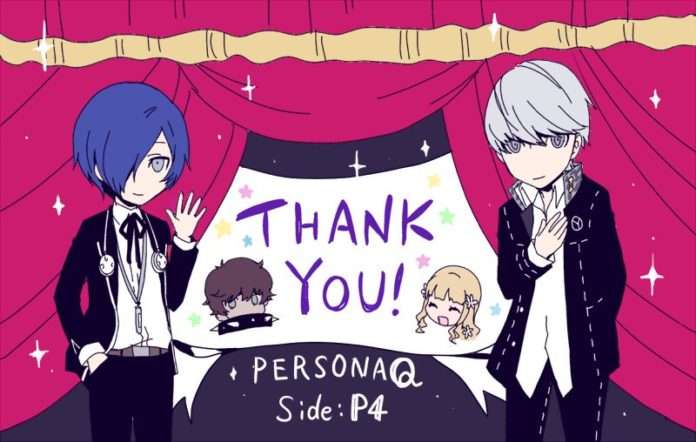 The third and fourth volumes of the Persona Q: Shadow of the Labyrinth Side: P4 manga have been announced to release on June 9, 2017, in Japan.

The serialized manga ended in Monthly Shōnen Sirius magazine on February 25, 2017. Celebratory art for its ending from the author, Mizunomoto: 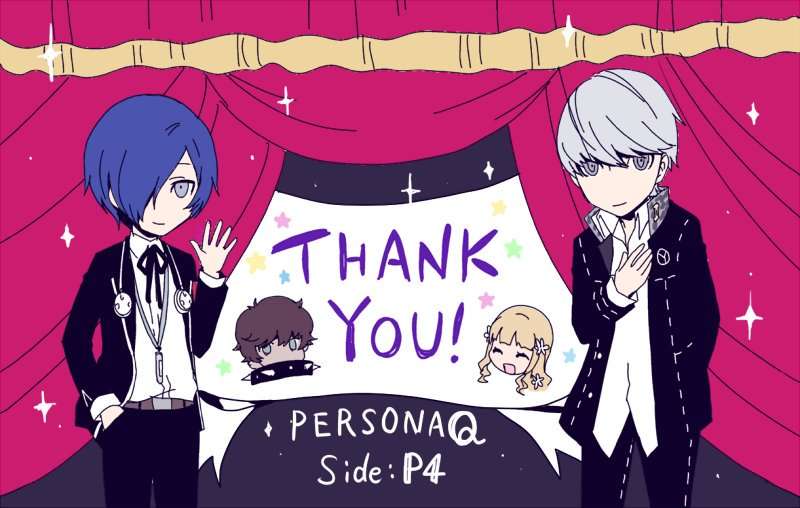 The Side: P4 manga by author Mizunomoto began serialization on January 26, 2015, and it was simultaneously published in English through Crunchyroll.

A second version of the comic adaptation of Persona Q was “Side: P3,” which had begun serialization in Bessatsu Shounen Magazine on February 9, 2015 by author Sou Tobita. It was published simultaneously in English via Crunchyroll as well, until the manga ended in November 2015. Its second manga volume was released on March 9, 2016.