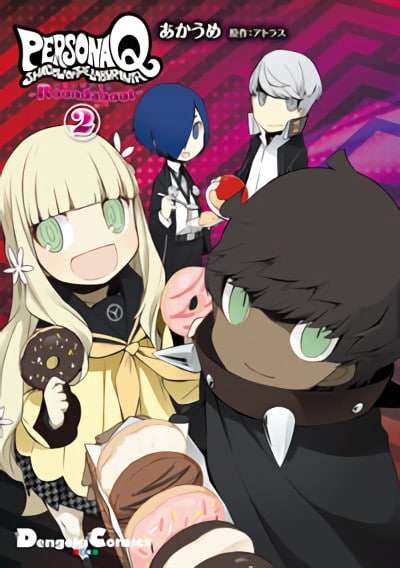 Following the previously announced second volume for the Persona Q: Shadow of the Labyrinth -Roundabout- manga, the cover art for it has been revealed. 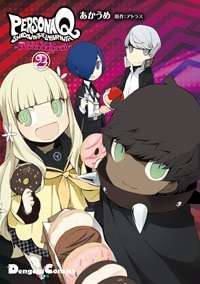 Additionally, pre-ordering the manga at WonderGOO will get customers the following art as a pre-order bonus. 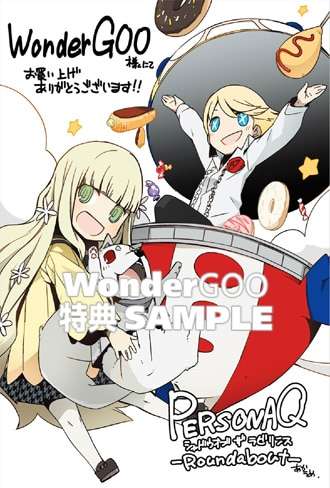 Persona Q -Roundabout- debuted in the #2014 September issue of Persona Magazine, released in August 2014. The comic had been receiving new chapters regularly in the monthly Dengeki Maoh magazine since.

The first volume of Persona Q -Roundabout- was released on July 24, 2015 and the final chapter of the series was released in the May 27, 2016 issue of Dengeki Maoh.

The Persona Q -Roundabout- series is different from the Persona Q Side P3 and P4 manga adaptations. Roundabout is a comedy focused take on the original 3DS game—released in Japan on June 5, 2014 and North America on November 25, 2014—with the characters from Persona 3 and Persona 4, authored by Akaume.