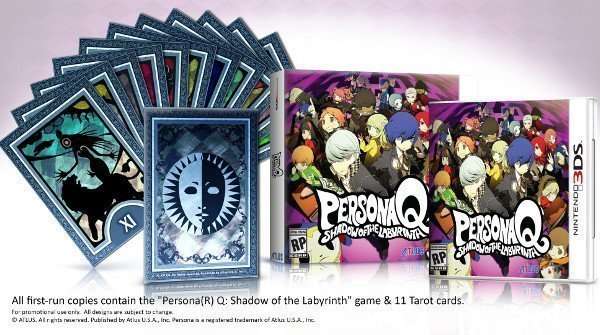 Persona Q: Shadow of the Labyrinth will include a collector’s edition in North America for $79.99 by the name of “The Wild Cards.” “The Wild Cards” premium edition will include the following: The standard edition of the game will also feature first-print / pre-order bonuses, including the following: