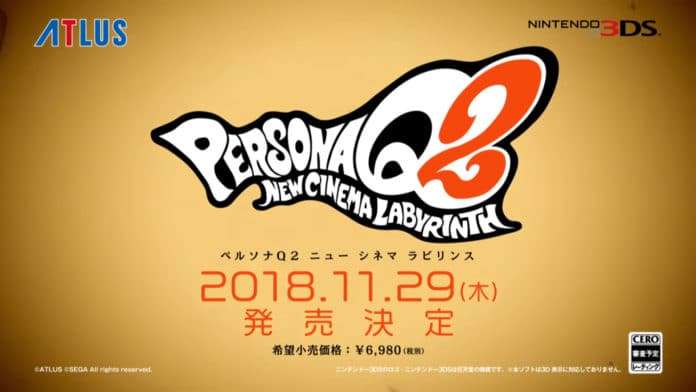 As announced previously, Atlus showed the first commercial for Persona Q2: New Cinema Labyrinth during the episode 18 broadcast of Persona 5 the Animation.

The sequel to Persona Q: Shadow of the Labyrinth  will be released for the Nintendo 3DS on November 29, 2018 in Japan.

The game will feature Persona 3, Persona 4, and Persona 5 characters. It will also feature the female protagonist from Persona 3 Portable.

The first preview trailer for the game will be released on the official Persona series Twitter account on August 6th at 12:00 PM JST.

Additionally, via Famitsu, the double issue of Weekly Famitsu magazine for August 23 – 30, releasing on August 9, 2018, will feature a 10-page scoop of Persona Q2: New Cinema Labyrinth. The scoop will feature an exclusive interview with the developers.

The official website for the game has been updated.