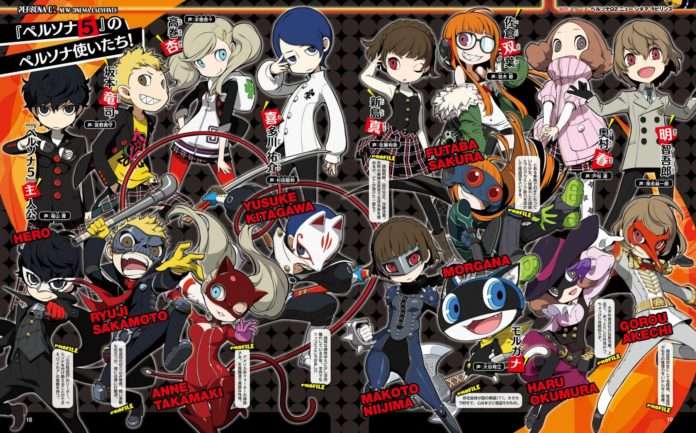 This week’s issue of Weekly Famitsu magazine #1550 includes a 10-page feature on Persona Q2: New Cinema Labyrinth, and scans of it have been released.

The information featured in the scans was leaked earlier, and can be found in a previous post. 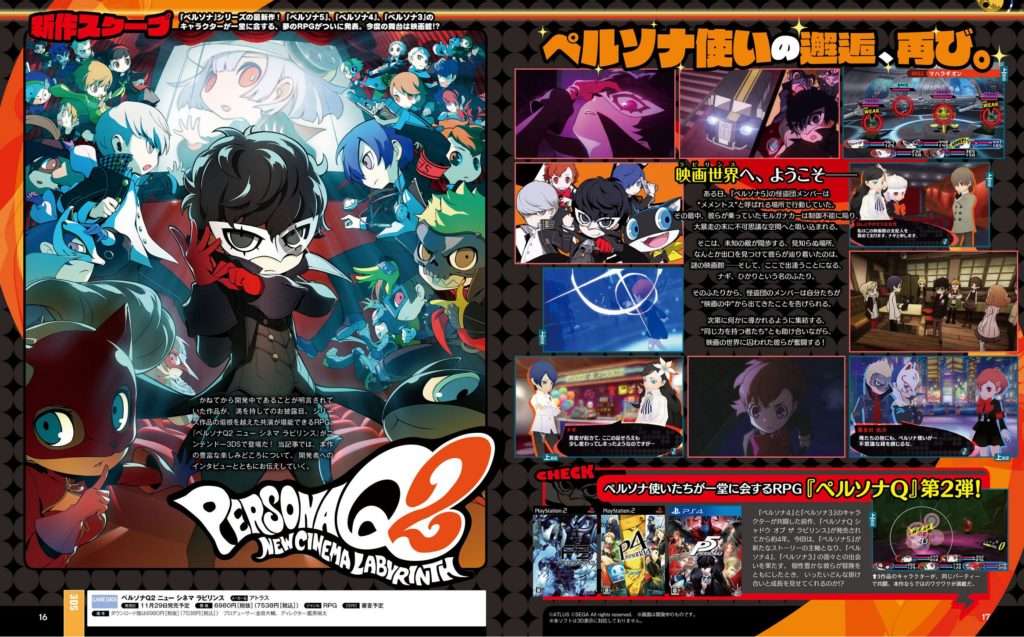 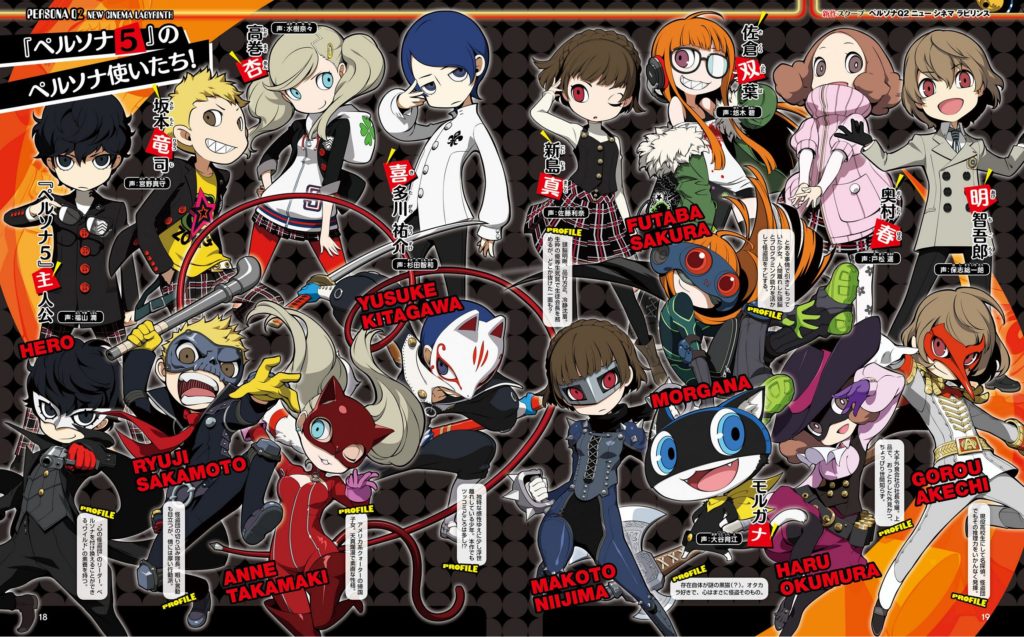 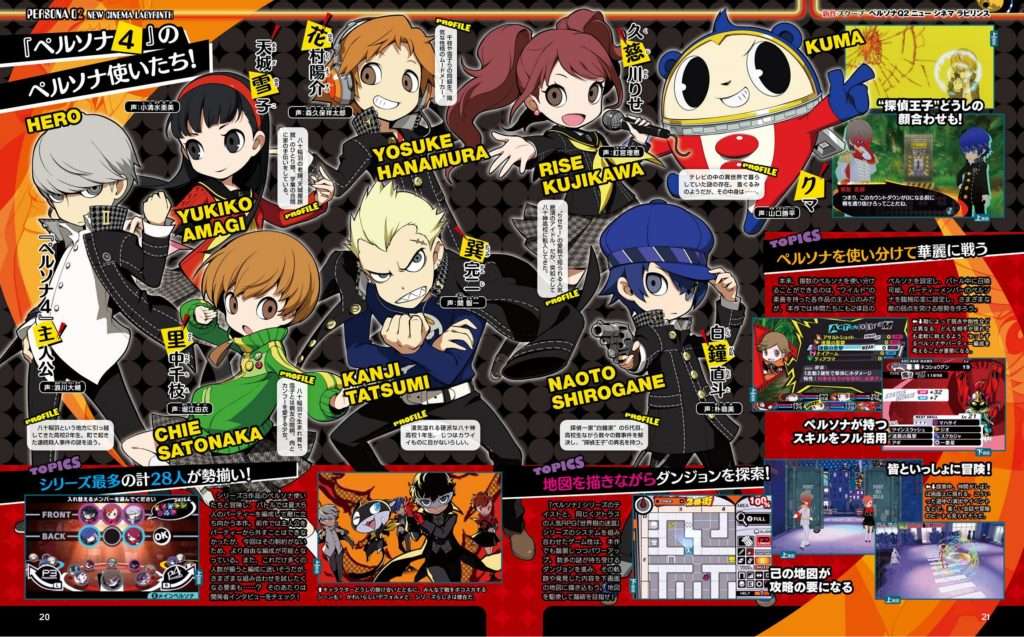 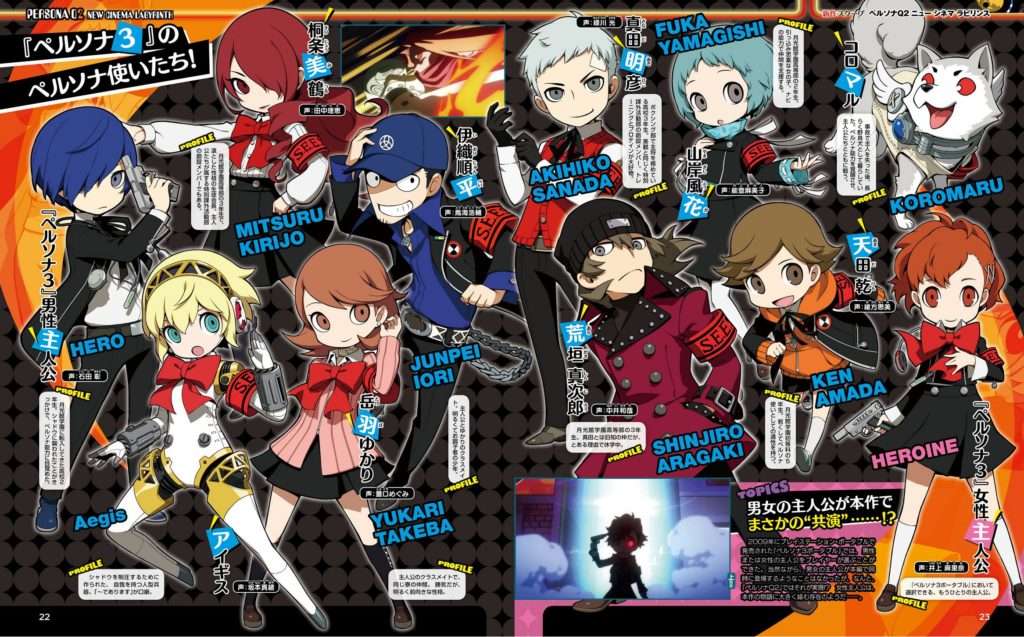 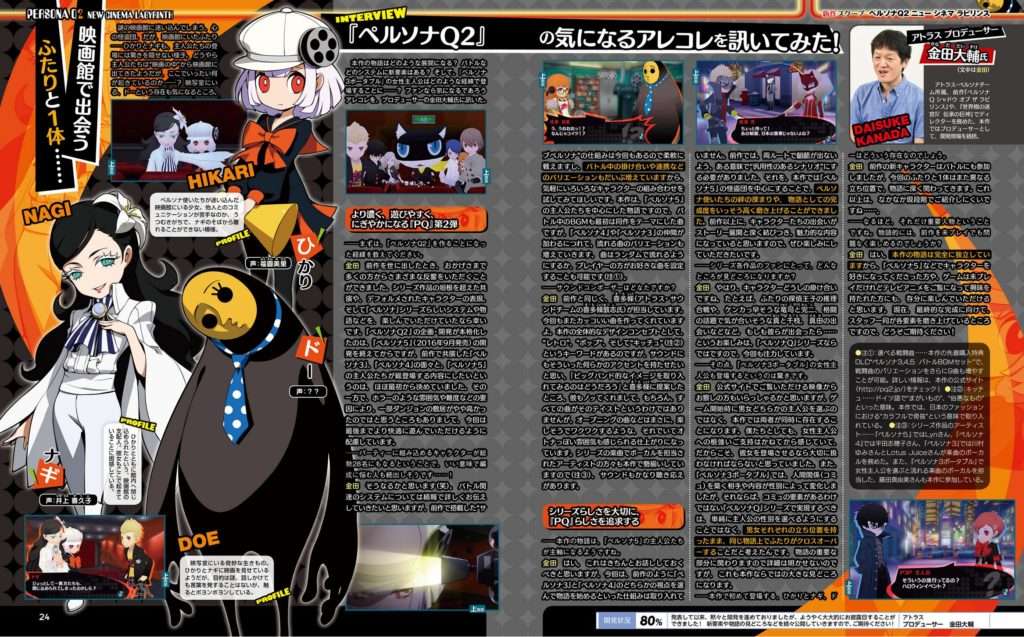 Information that wasn’t detailed before is of the third original character to the game: “Doe.” It’s a strange creature in the projection room. It appears to be showing a movie to Hikari and Nagi, but its purpose is a mystery. It never talks, even when spoken to.