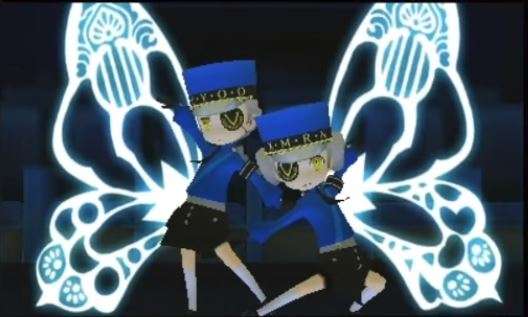 Atlus has released the next character trailer for Persona Q2: New Cinema Labyrinth, featuring Caroline and Justine from Persona 5 (Voiced by Aki Toyosaki)

The twins’ role in the game is to manage fusing personas in the Velvet Room.