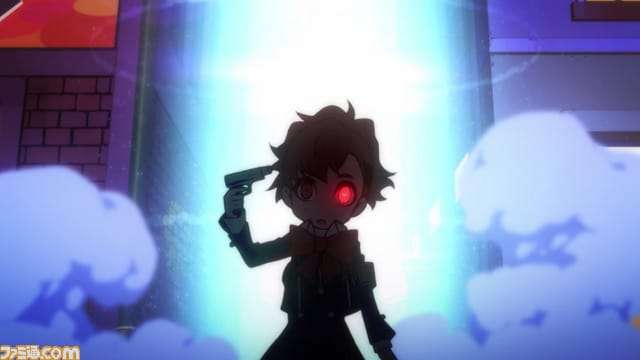 Along with a feature on Catherine: Full Body, this week’s issue of Weekly Famitsu magazine #1554 releasing on September 13, 2018—or the September 27, 2018 issue—will include information on Persona Q2: New Cinema Labyrinth.

The PQ2 feature will introduce preliminary information and screenshots on the movie world (the dungeon), where the persona users will start off. The issue will also feature information on “Kamoshidaman.”

Famitsu has released screenshots that will not be featured within the issue itself: