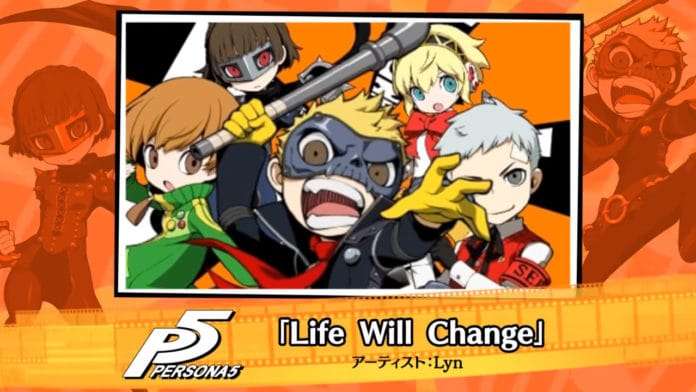 Atlus has released a video showing off the DLC that will come with first-print copies of Persona Q2: New Cinema Labyrinth in Japan.

First-print copies for Persona Q2: New Cinema Labyrinth will include background music downloadable content that will let players select battle music from Persona 3, Persona 4, and Persona 5 (as well as Persona Q: Shadow of the Labyrinth.

The download code with first-print copies of the game will also include a special Nintendo 3DS theme.

The official website for Persona Q2 has been updated.

Ryuji Sakamoto, Elizabeth, and Yukiko Amagi—who had trailers previously released—have been added to the “Character” page.

The “System” page has been updated with an introduction to the game’s familiar “Velvet Room” and the “movie theater.,” which can also be called the “Base of Adventure.”

A page has also been added to introduce co-operation techniques in battle.