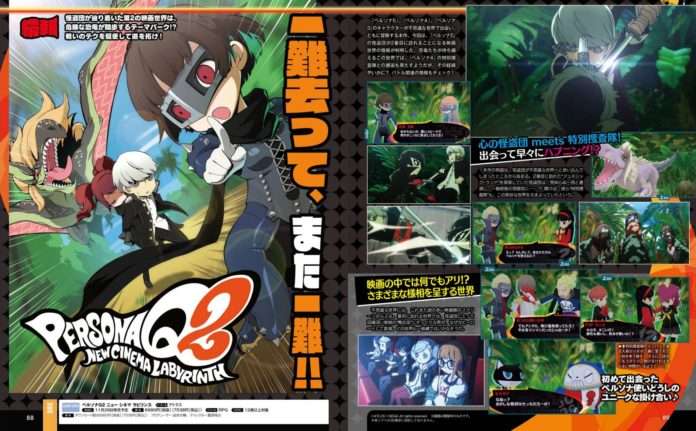 This feature includes details on the second movie world dungeon in the game, where dinosaurs roam, and where the Persona 5 Phantom Thieves encounter the Persona 4 Investigation Team.