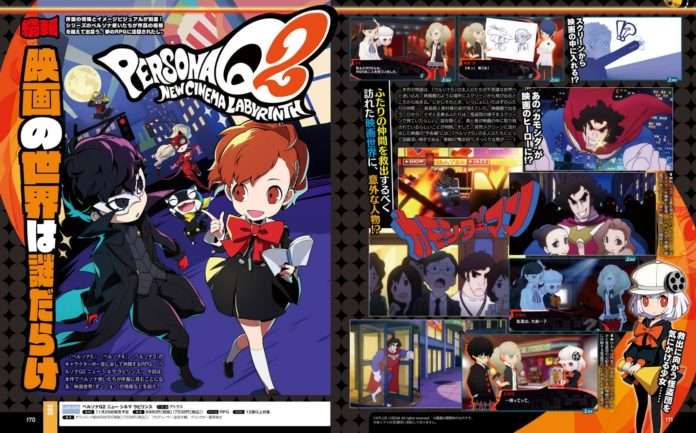 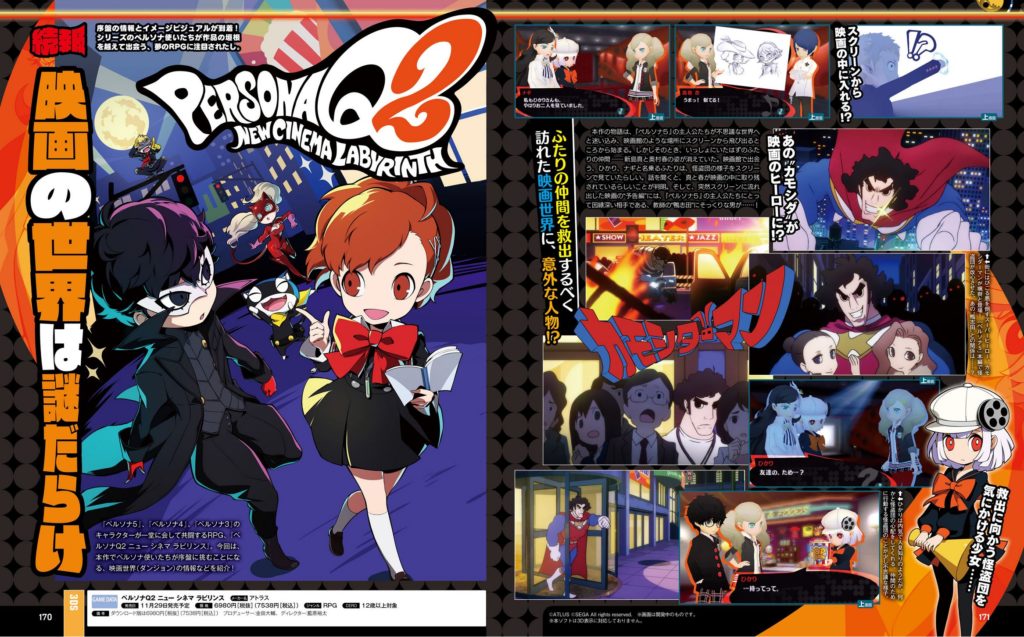 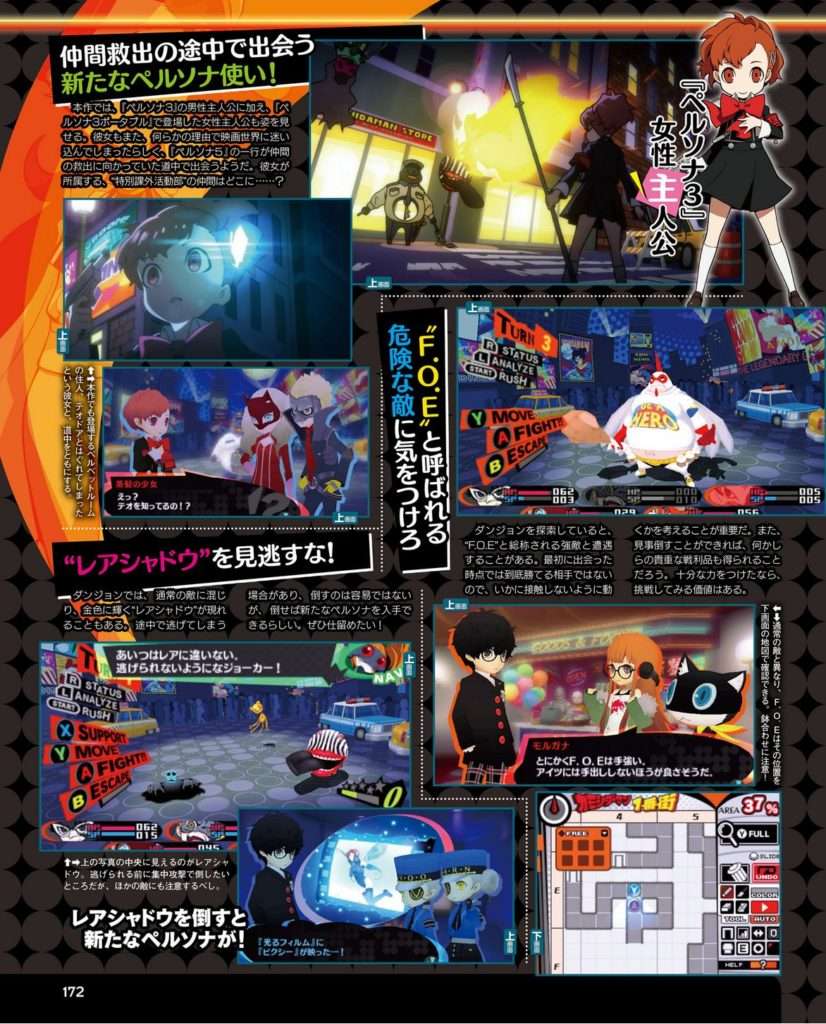 The story of this game begins from a point where the Persona 5 protagonist wanders into a strange world and pops out of a screen into a place that looks like a movie theater. When this happens, however, two people who should be there with the rest of the characters have disappeared: Makoto Niijima and Haru Okumura.

The Phantom Thieves then meet Hikari and Nagi in the movie theater. After the two hear what they have to say, they conclude that Makoto and Haru were left behind in the movie. Suddenly, a movie trailer appears on the screen featuring a character that looks like someone who shares an important connection with the main character of Persona 5: Kamoshida.

In addition to the male protagonist, the female protagonist featured in Persona 3 Portable appears in this game. She has also wandered into the movie world for some reason, running into the Phantom Thieves who are looking to rescue their lost teammates. Where is the SEES group she belongs to…?