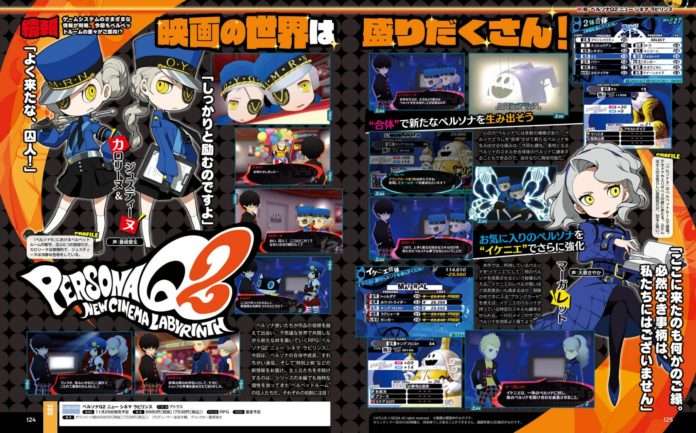 This week’s issue of Weekly Famitsu magazine #1552 includes a 4-page feature on Persona Q2: New Cinema Labyrinth, scans of which have been released.

The latest PQ2 feature includes information on persona fusion, growth, and the Velvet Room inhabitants who help the main characters. 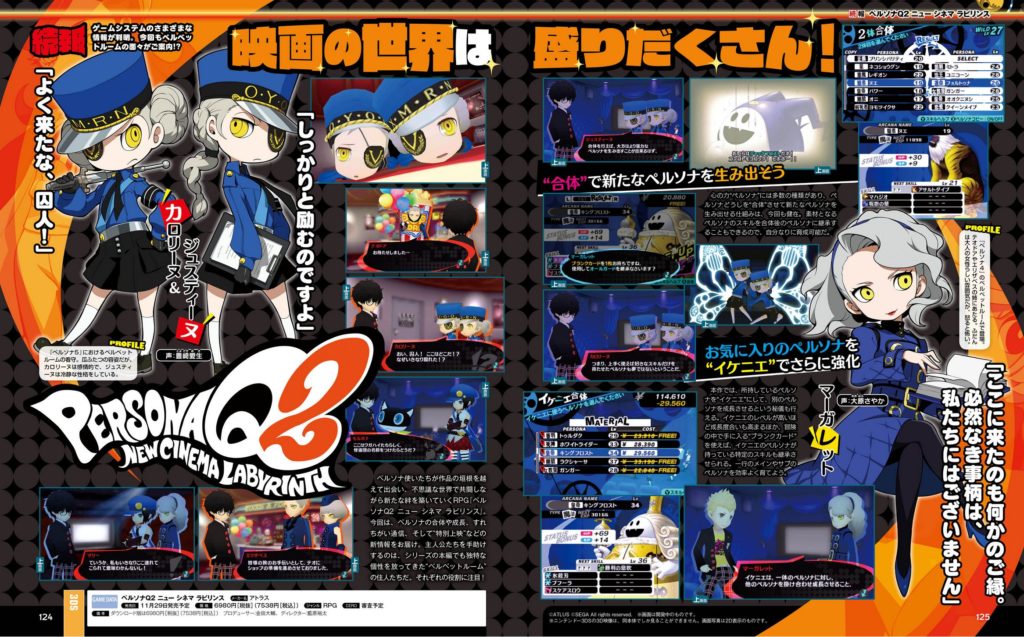 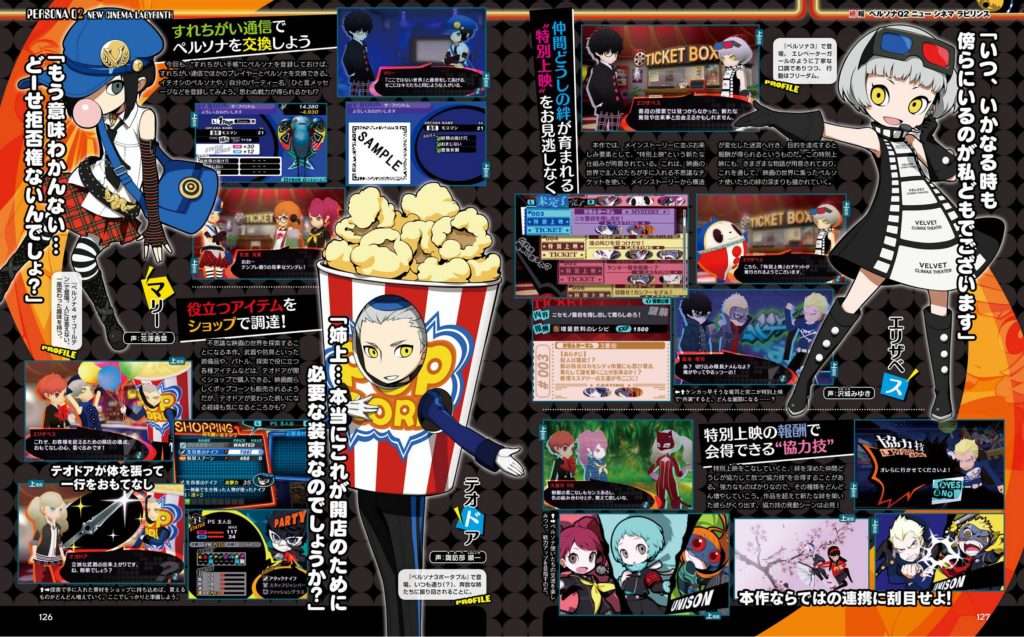 This information is alongside the newest PV2 trailer for the game.