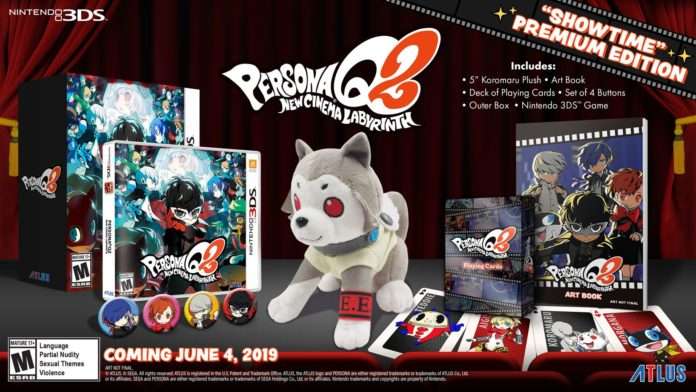 Atlus USA has confirmed that the English localization of Persona Q2: New CInema Labyrinth will release in North America and Europe on June 4th, 2019.

The game will release with a Japanese dub and English subtitles. An Atlus representative provided IGN with the following statement:

Persona Q2: New Cinema Labyrinth’s localized release will be available exclusively on the Nintendo 3DS with a Japanese voice track and English subtitles. There are no plans to add an English dub to the game at this time.

A launch edition and “Showtime Premium Edition” limited release have also been announced. 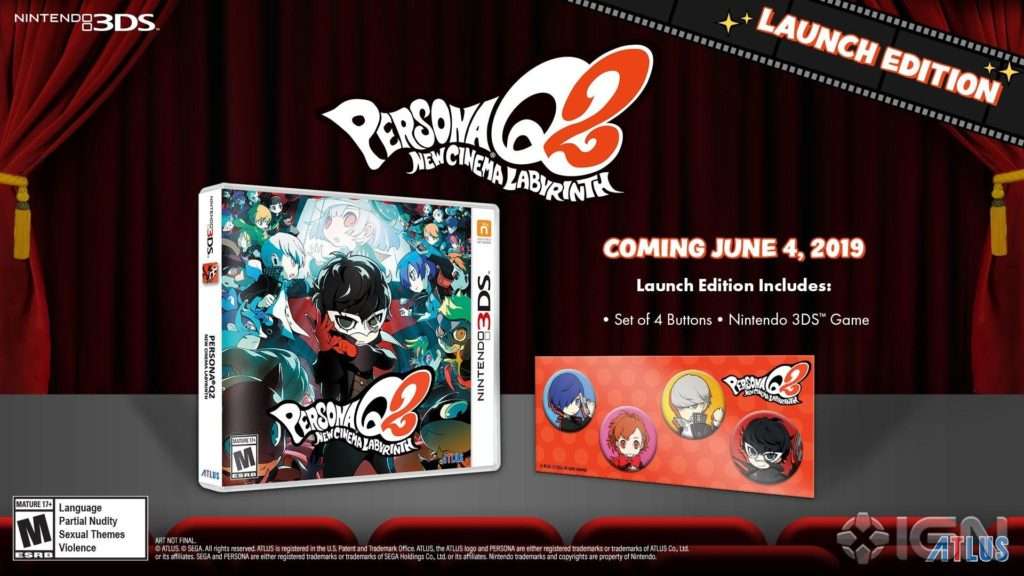 The standard edition of the game will include a set of 4 buttons at launch, and it will retail for $39.99 USD.

The “Showtime Premium Edition” will retail for $69.99 USD and include:

The opening cinematic for the English version of the game has been released, as well.

The official English website for the game can be found here.

The game was previously rated by Australian Classification earlier this month, indicating its upcoming Western release.