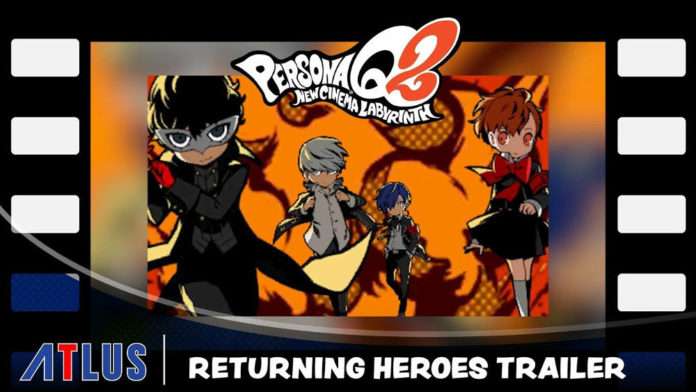 Additionally, the official English website for Persona Q2 has been completely updated.

IRVINE, Calif. – April 26, 2019 – Persona Q2: New Cinema Labyrinth takes the stage for the Nintendo 3DS™ on June 4, 2019! Before you have the chance to confront the evil lurking behind the silver screen, you should get to know the performers in our upcoming blockbuster. That includes shining a spotlight on a certain heroine making her debut in this series. Let’s pull back the curtain on our latest trailer!

We are also rolling out the red carpet for the full official website for Persona Q2: New Cinema Labyrinth. Not only can you study up on the story and gameplay features, you’ll also get a nice close-up on the starring characters in our avant-garde cast of Persona users.