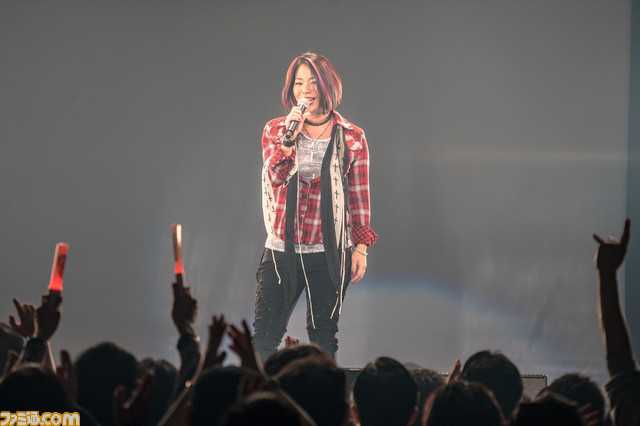 On January 13 and 14, the “Japan Game Music Festival II: Re” music event took place at the Differ Ariake venue in Tokyo.

The celebration gathered a number of gaming music bands, including the “Persona .R” group (which stands for “Persona Resources”) with Lyn Inaizumi, Lotus Juice, and Yumi Kawamura.

Famitsu published a report on the event on February 8th.

The fourth performance was the “Persona .R” team, by singers of the popular juvenile RPG “Persona” series. There seemed to be a lot of fans as visitors, and their cheers rose as the singers began to appear.

First was the vocalist Yumi Kawamura who appeared, soulfully singing the “Persona 3” opening theme “Burn My Dread.” Following that was rapper Lotus Juice who joined, adding in a funky groove. A baton pass was made to the vocalist Lyn, with “Persona 5” music being performed one after the other with cheering that made the venue feel like it was shaking. The venue’s enthusiasm swelled.

The MC announced it being Yumi Kawamura’s birthday, and the audience got together to sing as a present. Everyone felt the warm feelings, as the team got along together.

And for the first time, the artists sang the songs of “Persona 3: Dancing Moon Night” (“Our Moment”) and “Persona 5: Dancing Star night” (“GROOVY”).

Previews of the Persona rhythm game opening themes were recently performed by DJ WAKA at the Game Party Japan 2018 event.