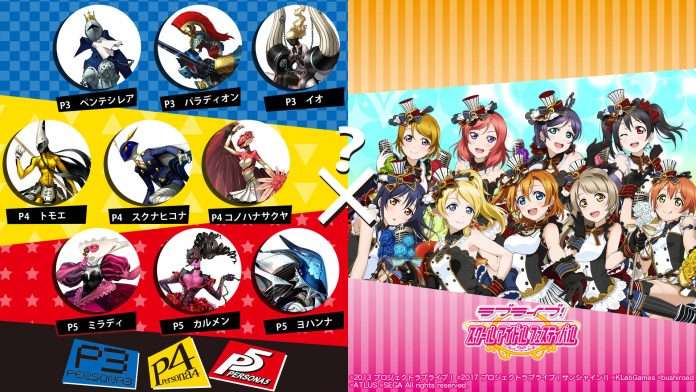 In June 2021, Bushiroad in joint development with KLab announced a collaboration between the Persona series and the mobile rhythm game Love Live! School Idol Festival.

With a popularity poll featuring the members of the group μ’s (Muse), Eli Ayase got the most votes and will thus appear as an ultra rare (UR) member wearing the Persona 3 character Elizabeth’s costume in the future.

Today, as a follow-up to the previous part of the collaboration, it has been announced that nine μ’s members will appear as UR characters wearing costumes with a persona motif from Persona 3, Persona 4, and Persona 5 in the mobile game. 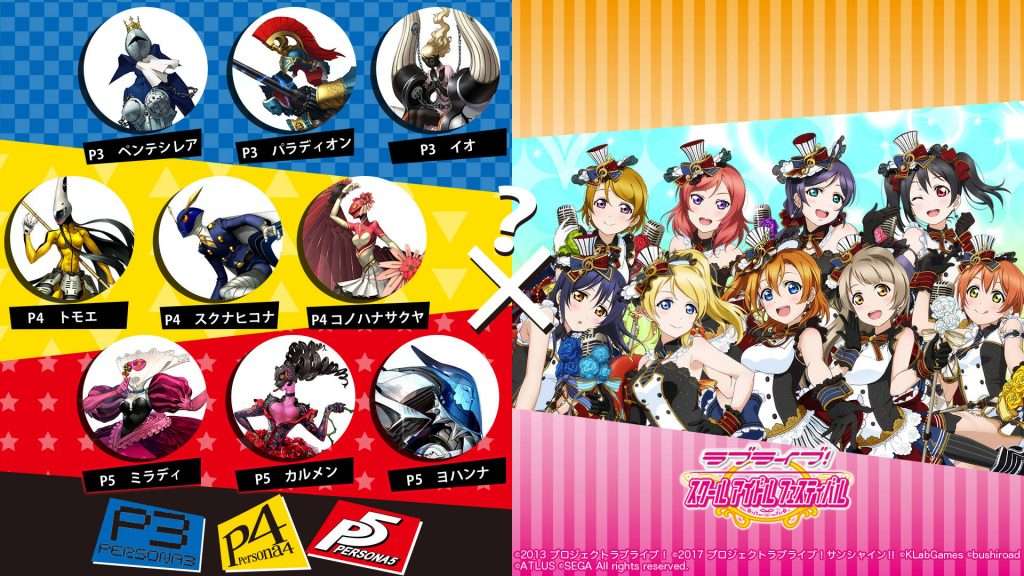 Which character will appear as which persona has yet to be revealed. The collaboration will have follow-up news in the near future.