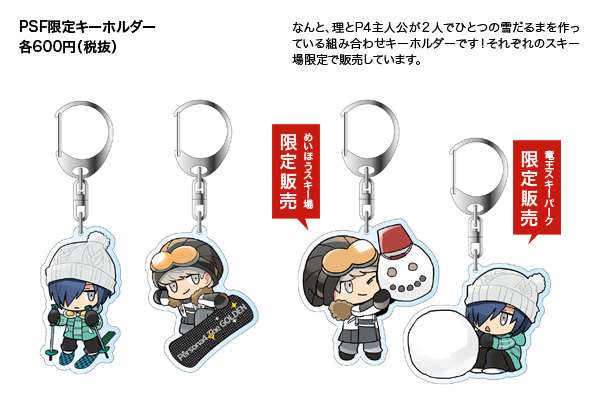 Following the announcement of the Persona Snow Festival 2016 event in November 2015, original merchandise for PSF 2016 (other than the limited edition skiis and snowboard) have been revealed. 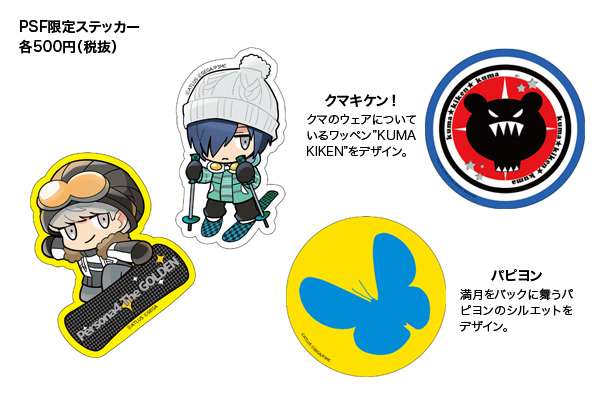 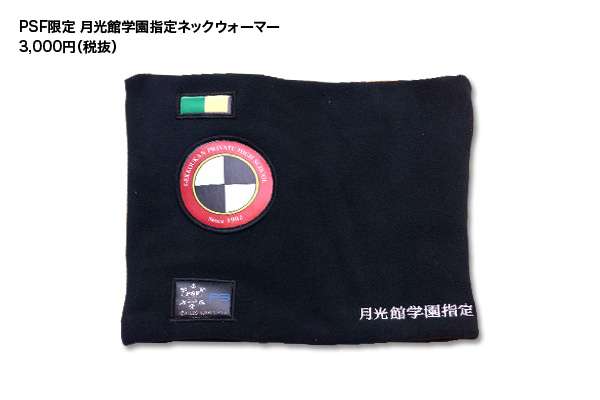 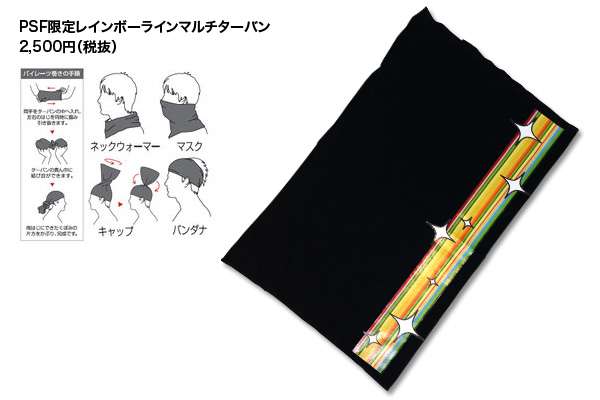 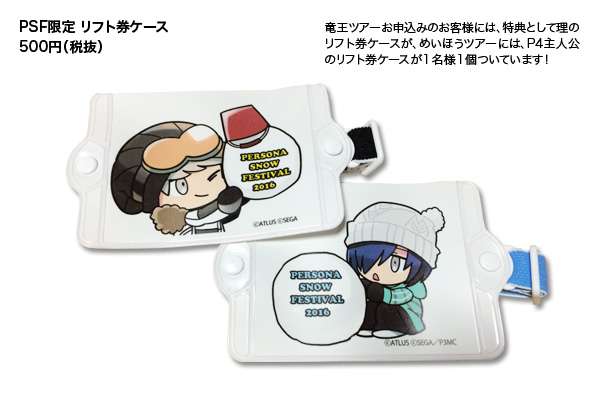 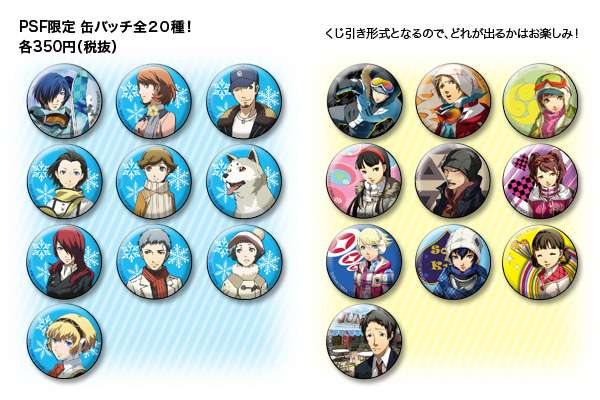 The sale of the products will start on January 16, 2016, the same date as the start for the “Ryuoo Night Tour” for Persona 3 The Movie. They will be available at the Ryuoo Ski Park shops, at Meiho Ski Resort shops, at Spicy Rentals in Hakuba Valley and at Hakuba Goryu Ski Resort shops.

As announced previously, the skiing event will have “Music Day” events taking place at both resorts where music will be played at the resort venues. Today, the dates for the music events have been announced: 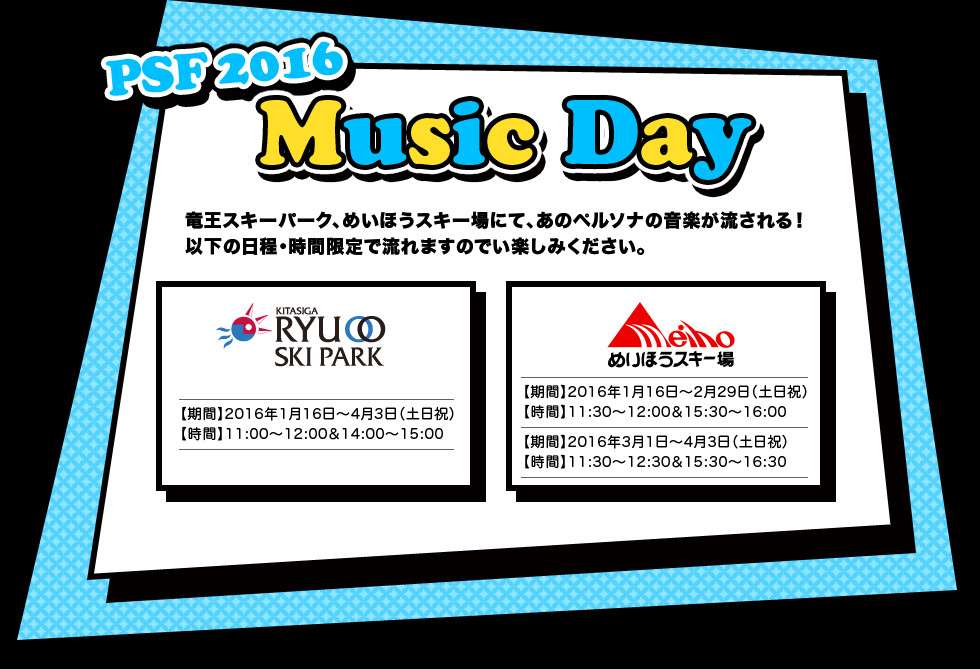