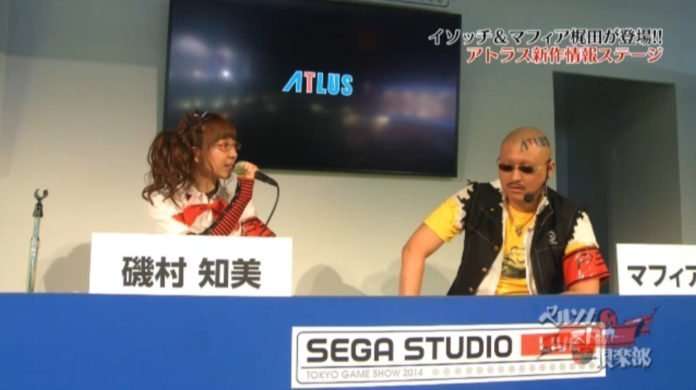 Following the announcement of the “Revealing the Phantom Thieves” Persona 5 live stream for E3 2016—taking place on June 15—the hosts of the Persona Stalker Club have been announced as MCs for the event.

Tomomi Isomura (voice actor) and Mafia Kajita (freelance writer) will be hosting the upcoming E3 2016 live broadcast. Additionally, a “big-name guest” has been teased to appear during the stream.

The guest is potentially Persona series character designer Shigenori Soejima, as he will be appearing at E3 for a number of events.

At the E3 venue in Los Angeles, there will be a new development by the Thief team…!

During this incident, will a confidential video be leaked…!?

New information on “Persona 5” will be released once again!

As with the others, don’t miss this incident.

Persona Stalker Club V is an official Persona talk show, produced by Katsura Hashino and co-produced by P Studio, with hosts Mafia Kajita (writer) and Tomomi Isomura (voice actor) who are both Persona fans. They talk about a variety of Persona related topics, and they will often discuss with special guests who are involved with the series.