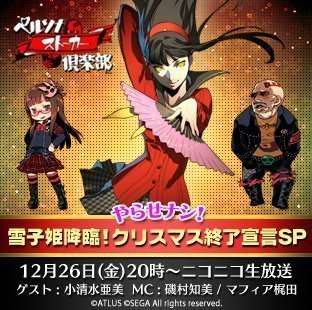 Following episode 10 which was shown on November 28th, the eleventh episode of the Persona Stalker Club talk show has been announced and will feature Ami Koshimizu, Yukiko’s voice actress, as a guest.

The episode will be broadcast live via Niconico, on December 26th at 8:00 PM JST. Real-time live audience participation is planned as well as the distribution of gifts during the show.