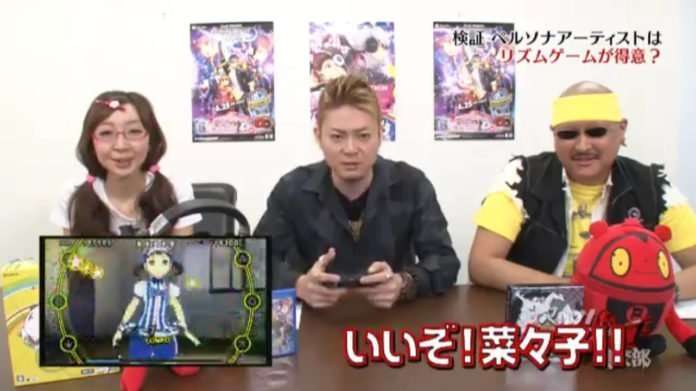 Episode 16 of the Persona Stalker Club talk show has been released and it features new Persona 4: Dancing All Night gameplay and the guest appearance of Lotus Juice, who is a known Persona series music artist and is the one behind the “Backside Of The TV” remix in P4D. This follows last month’s episode, which also featured gameplay footage. 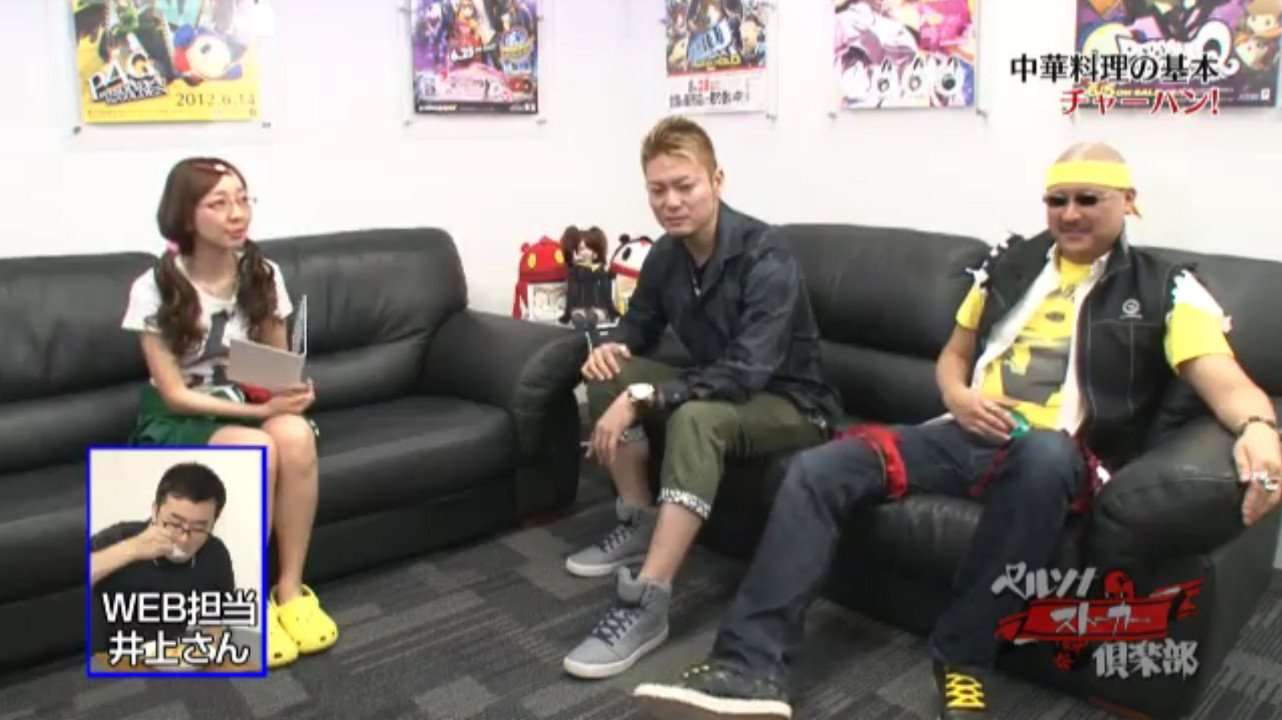 Last time, in April’s episode 15, hosts Tomomi Isomura and Mafia Kajita tried their hand at the upcoming Persona rhythm game. They managed to do well when they played the game for the first time, but they failed at clearing songs on their harder difficulty settings. They also tried dancing themselves, with the Persona 4: Dancing All Night segment ending with an in-game auto-play demonstration of Nanako Dojima dancing with Yu Narukami to the Junes theme.

Episode 16 starts off with the hosts showing off the physical boxes for the “Premium Crazy Box” and “Crazy Value Pack” releases of Persona 4: Dancing All Night. Accordingly, they also show off the special edition PlayStation Vita handheld that comes with the “Premium Crazy Box,” along with its special lock screen and the recently revealed “Signs Of Love (Funky HOME Mix)” song. The aforementioned remix was made specifically to play on the home screen of the Persona 4: Dancing All Night Vita theme which comes pre-installed with the special P4D Vita.

Subsequently, they start showing off Persona 4: Dancing All Night gameplay footage. They reveal that, in addition to the previously announced DENON headphones that characters will be able to wear as accessories, they will also be customizable with “Shadow” eyes. They can even be used with Nanako Dojima.

Mafia Kajita proceeds to play “Backside Of The TV (Lotus Juice Remix)” on the Easy difficulty with Yu Narukami wearing his crossdressing outfit as a partner. 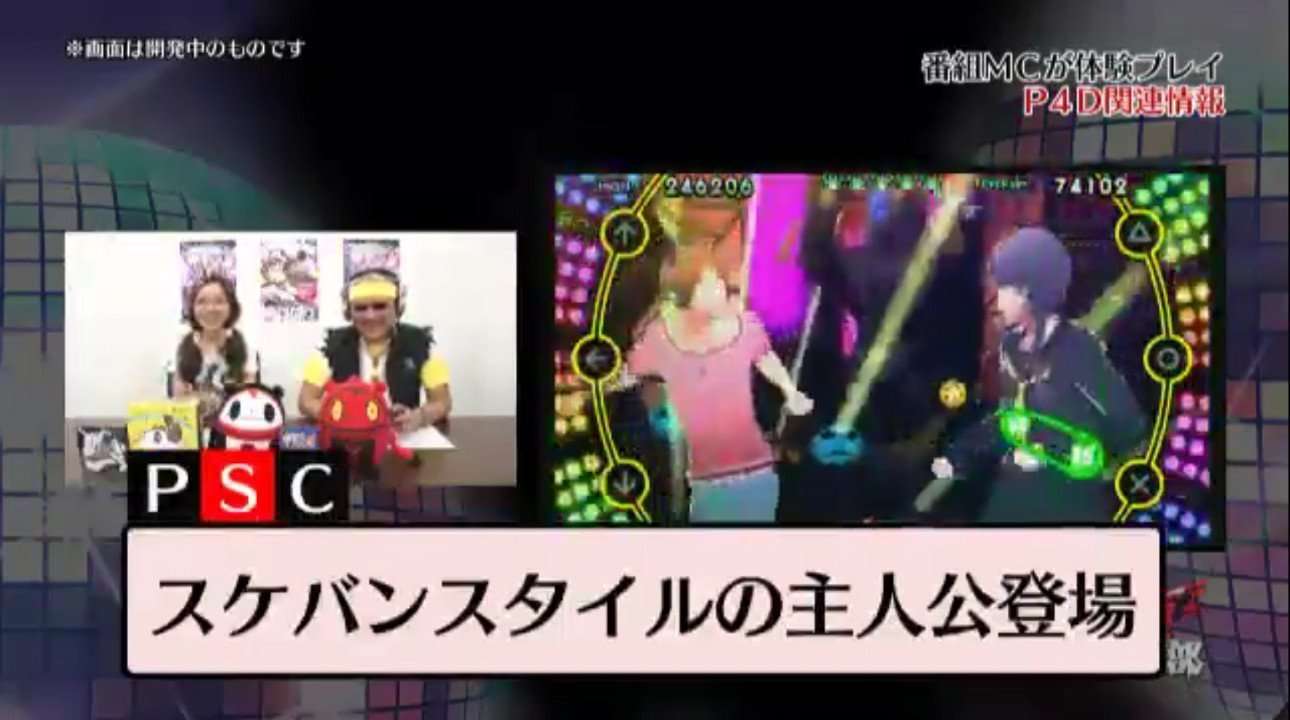 Tomomi Isomura then plays as the newly revealed playable character Margaret and with Yosuke wearing the Velvet Room outfit as a partner, showing off the first footage of her dancing. Margaret is the main character for the song “Electronica In Velvet Room.” 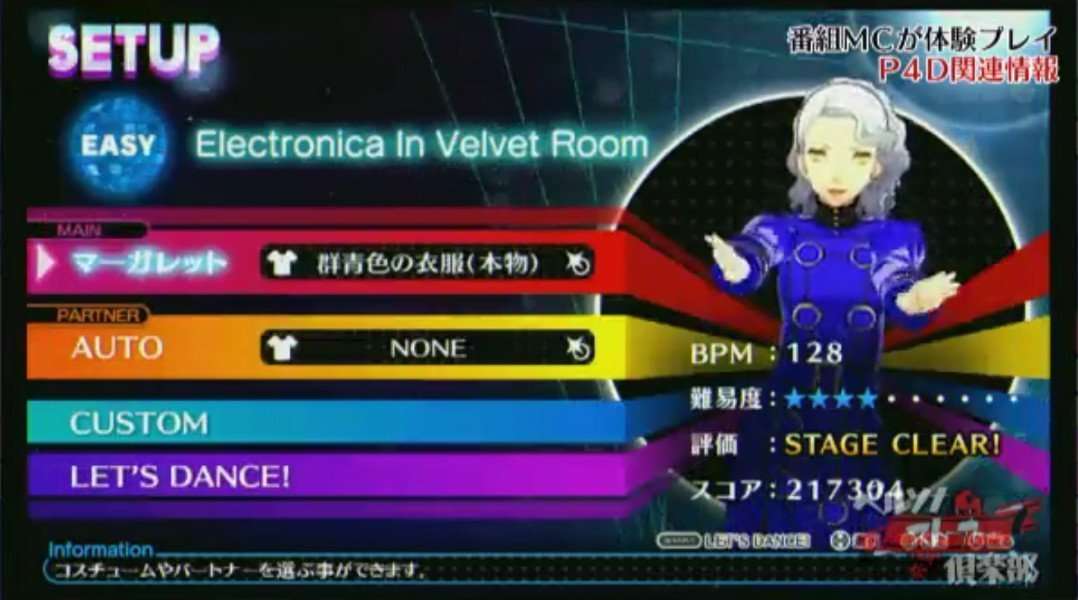 Showing off Teddie’s Igor and Alice outfits after (the latter of which was revealed with Teddie’s trailer today), with Margaret as a partner, it is revealed that Teddie is the main character for the song “Pursuing My True Self (Shinichi Osawa Remix).”

Similarly, Nanako Dojima is revealed to be the main character for the song “Shadow World (ATLUS Kozuka Remix),” as Tomomi plays as her dancing in her Lawson DLC outfit. 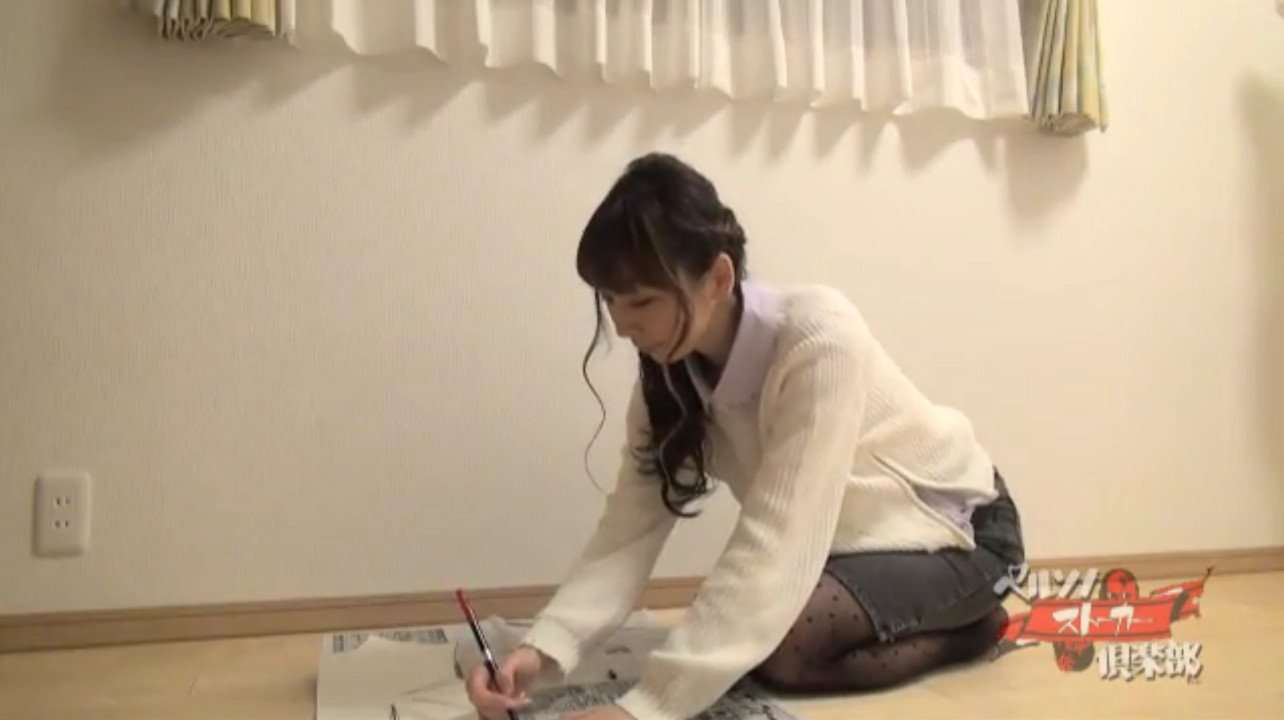 Shifting away from gameplay, episode 16 of the Persona Stalker Club has a segment that shows Tomomi working on a Kanami Mashita cosplay outfit, which they hinted at in last month’s episode. 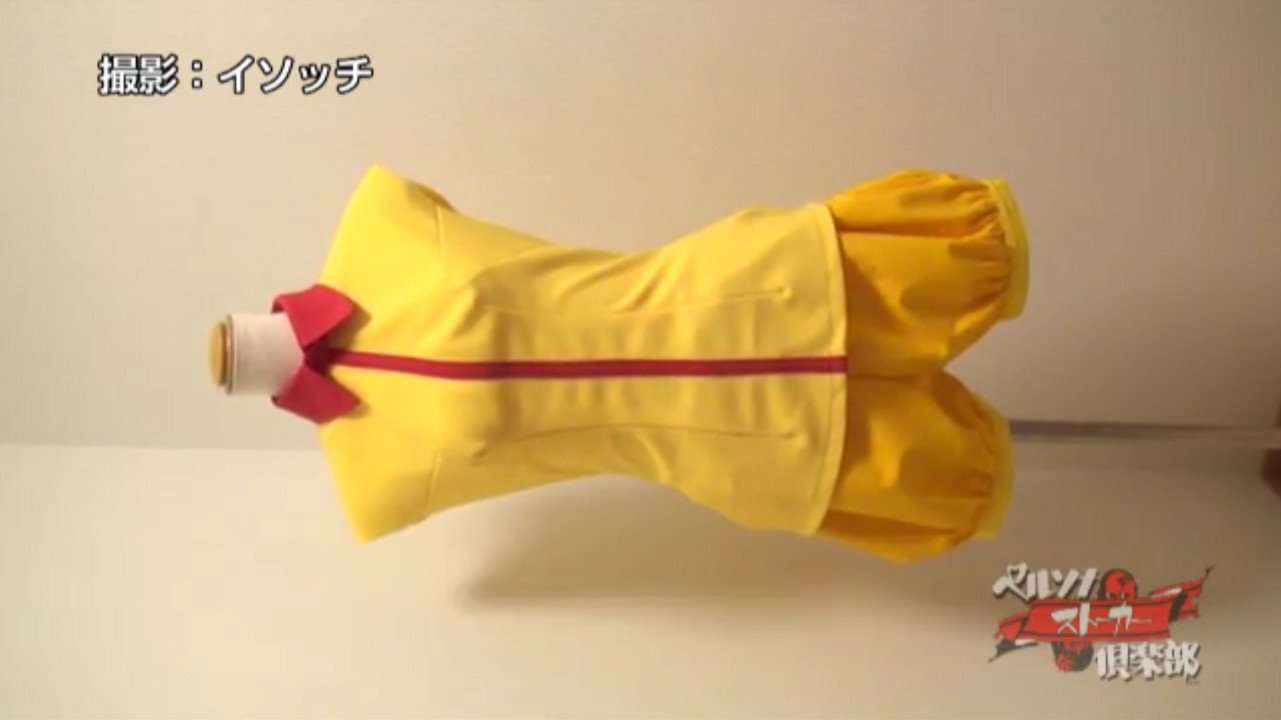 Lotus Juice then joins the host after the short segment. He made his first appearance on the Persona Stalker Club one year ago on episode 4. The hosts have him play Persona 4: Dancing All Night on a PlayStation TV. Mentioning that he wants to play on an Easy difficulty song, he starts playing “Shadow World (ATLUS Kozuka remix),” and then plays “Pursuing My True Self (ATLUS Kozuka Remix)”. 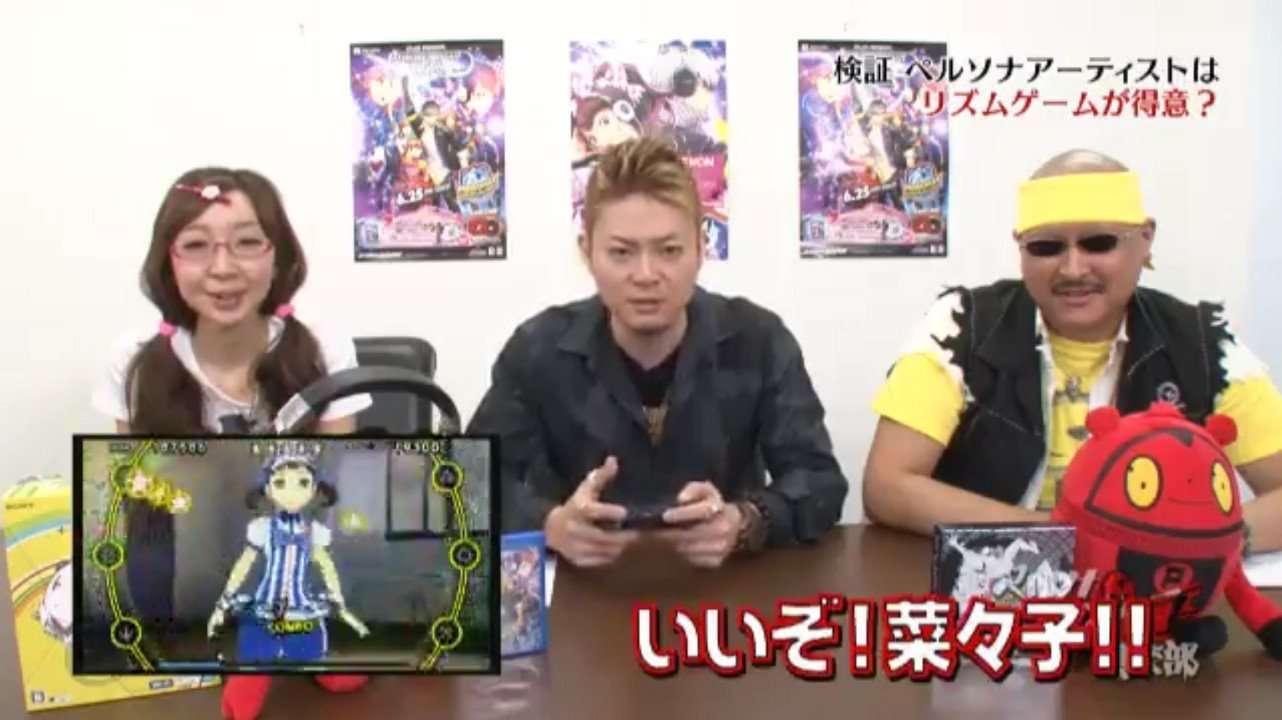 The hosts then have Lotus Juice play a song on the Hard difficulty setting: “Best Friends (Banvox Remix)” with Chie as the main character and Naoto as the partner, both wearing the swimsuit DLC outfits. He doesn’t do too well, and jokingly blames Mafia Kajita for distracting him. So he gets one more chance at trying to pass the song on Hard mode, with Mafia wearing a surgical mask to prevent him from talking. He takes off some of his jewelry to be at his best, too. 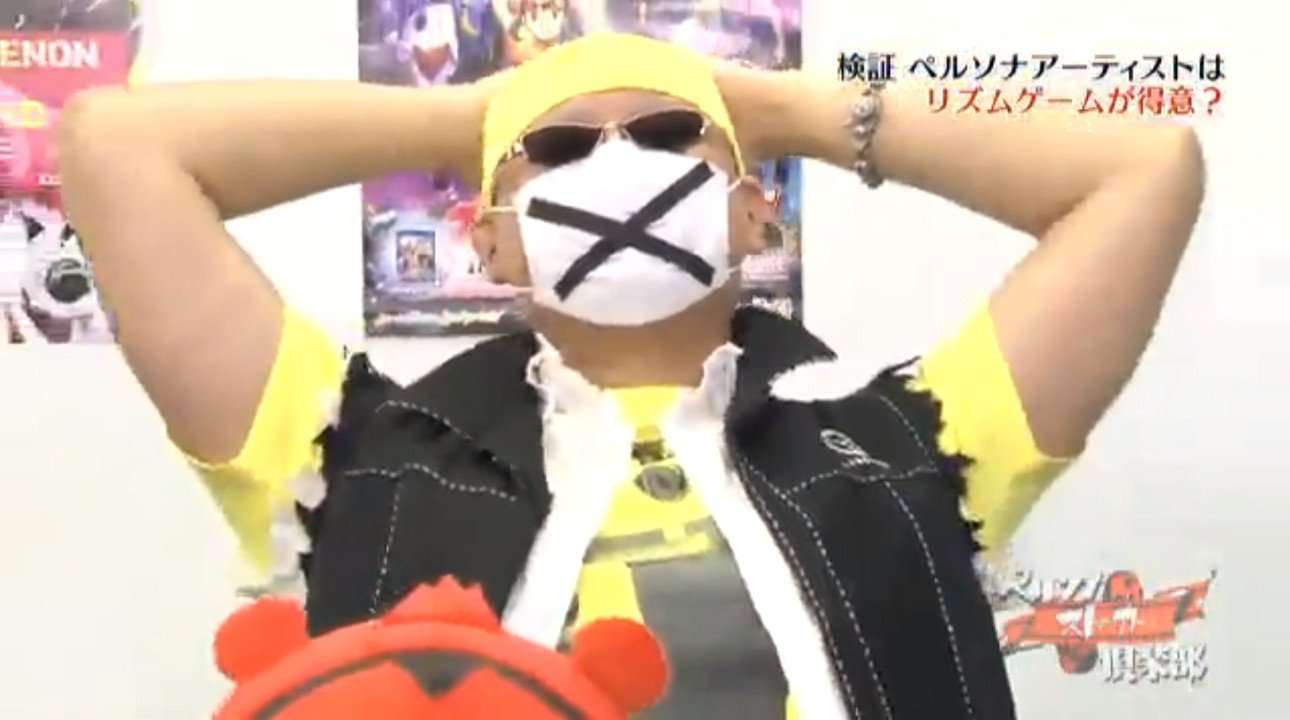 Unfortunately, in the end, Lotus Juice still fails. As the final piece of Persona 4: Dancing All Night gameplay footage, Naoto Shirogane is then shown as the main character for “Heaven (Norihiko Hibino Remix),” as Lotus Juice plays her song on Normal as Naoto dances in her swimsuit outfit with Rise Kujikawa as her partner.

The show then shifts into its “misheard lyrics” segment, as Lotus Juice joins the hosts misinterpreting English lyrics of Persona songs. 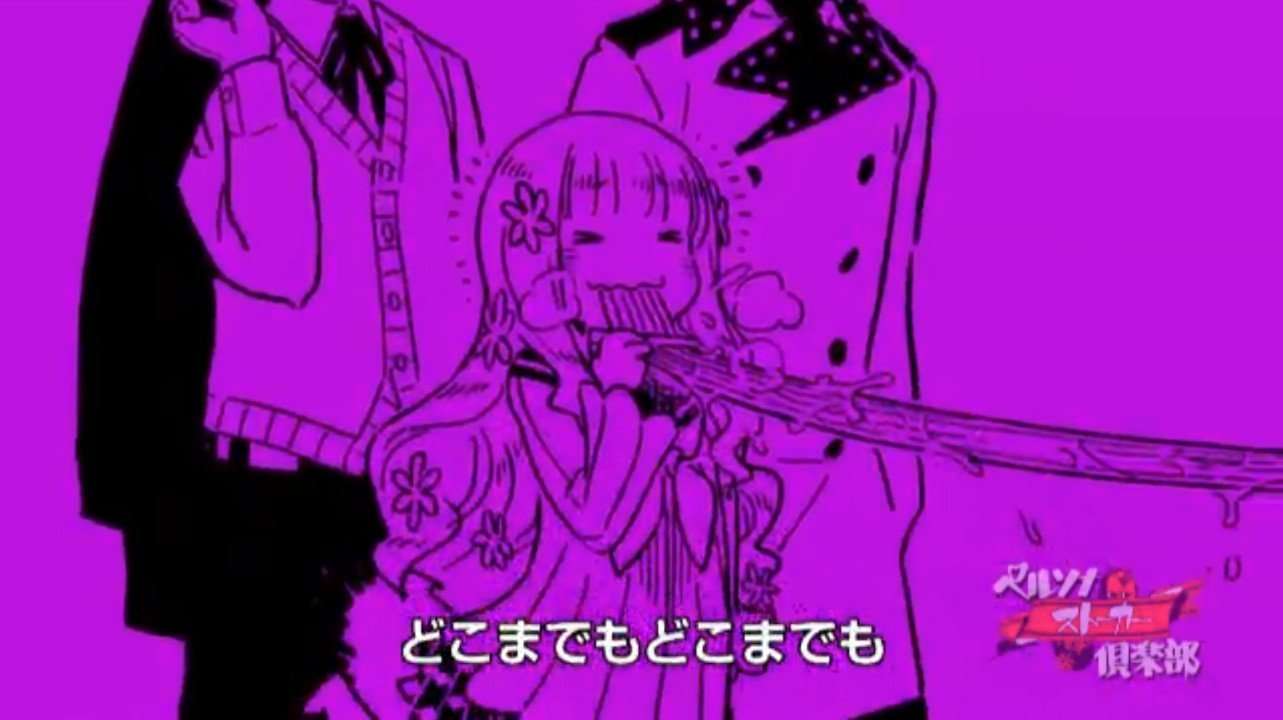 Additionally, new information about the “PERSORA AWARDS” DVD release has been announced. Initially revealed during episode 15, the “Persora Awards” DVD, which derives from the Persora: The Golden concept albums for the variety show’s popular “misheard lyrics” segment, is set for release on July 15, 2015. The standard release will cost 2,980 yen + tax and the “Persora Awards -Full Stalking Box-” limited edition release, which will include a “luxury 6-disc DVD-BOX,” will cost 9,980 yen + tax.

The above key art for the DVD release of “PERSORA AWARDS” was illustrated by Yuji Himukai, who is the artist for the Etrian Odyssey series. The DVD will feature appearances from Persona musicians Shoji Meguro, Lotus Juice, Shihoko Hirata and Yumi Kawamura, as well as fan results from the “Persora Award” fan poll. Further details will be announced at a later date.