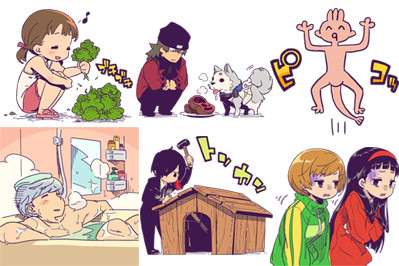 Based on the popular “misheard lyrics” segment illustrations of the talk show by Etrian Odyssey series artist Yuji Himukai, the Persona Stalker Club themed stickers are now available for download on the LINE STORE.

Stickers on the LINE service act as large emojis used for chatting.