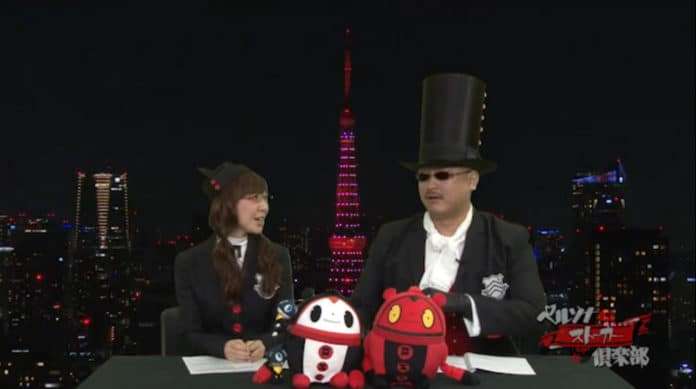 The hosts will be going over the E3 2016 “Revealing the Phantom Thieves” live stream on June 15th.

As announced in May, “Persona Stalker Club V” is a renamed version of the original show for it to be more Persona 5 themed. Previously, the hosts had Persona 3 and Persona 4 themed outfits designed by series artist Shigenori Soejima, however they will now sport Persona 5 themed costumes.

Additionally, they will be debuting a new segment called the “Morgana Contest.” The audience will send in photographs they’ve taken of animals such as cats or of their own creations including illustrations and objects, and send them into the show.