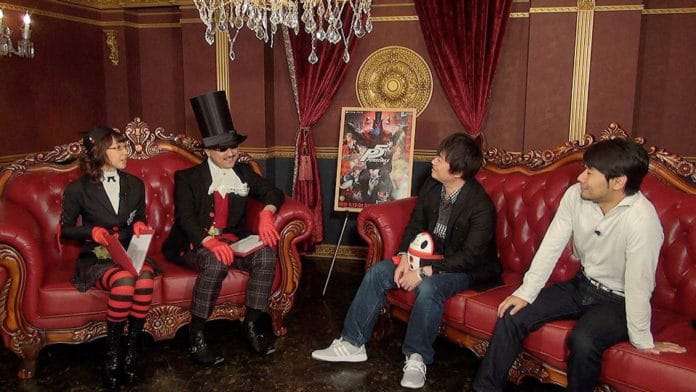 Atlus has released a preview trailer for this month’s episode of the Persona Stalker Club V talk show, which will be released on October 31. The upcoming episode will feature Katsura Hashino (Persona series director) and Shigenori Soejima (Persona series artist).

This will follow the fourth episode of Persona Stalker Club V last month, which covered the Persona 5 launch event at Tokyo Game Show 2016.

The hosts will be interviewing Hashino and Soejima on the development of Persona 5. The unknown truth of the creative process behind a certain character will be revealed.

Additionally, Atlus has opened an official channel on the FRESH! video service, where they will also be releasing the episode along with the usual Niconico release.