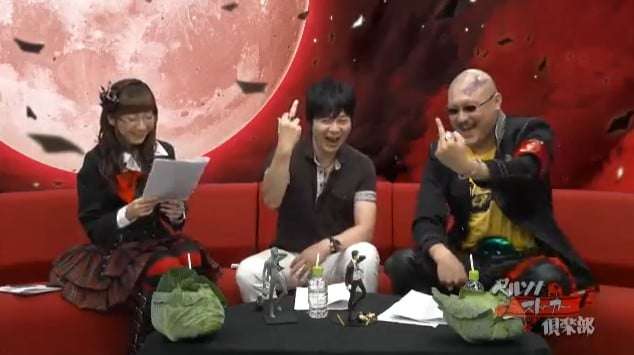 During Persona Stalker Club V episode 8 earlier this week, it was announced that the official, monthly talk show for the Persona series “PSCV” would be ending in March 2017.

Persona Stalker Club is an official Persona talk show that has been around since February 28, 2014, produced by Katsura Hashino and co-produced by P Studio. It features special guests, discussions, announcements, and segments all related to the Persona series.

Its hosts Mafia Kajita (writer) and Tomomi Isomura (voice actor) are both Persona fans, and it quickly gained popularity with Japanese fans. This allowed for the show to get its own series of concept albums and celebratory DVD releases titled “Persora,” as well as officially released merchandise. The Mafia and Tomomi (aka Isocchi) have also participated in a large number of Atlus live streams as hosts and guests.

According to the hosts, the final episode of the program will be released in March 2017 after three years, so fans should send in their impressions of Ikue Ōtani in episode 8, fan art of Morgana and the main character, etc. for the finale.