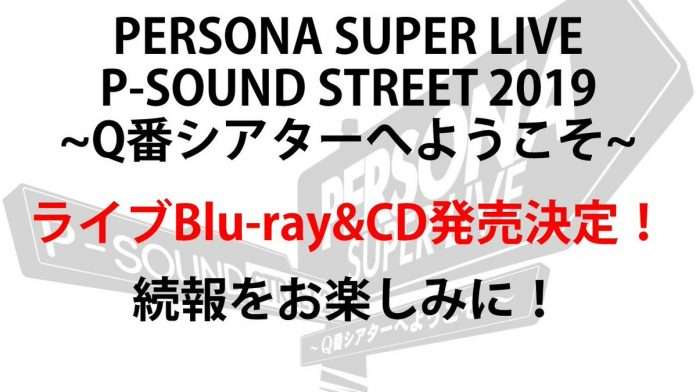 During today’s Persona 5 Royal “Royal Experience” event, Atlus announced that the “Persona Super Live P-Sound Street 2019: Welcome to No. Q Theater” concert will have a Blu-ray and CD release.

Further details will be announced at a later date. 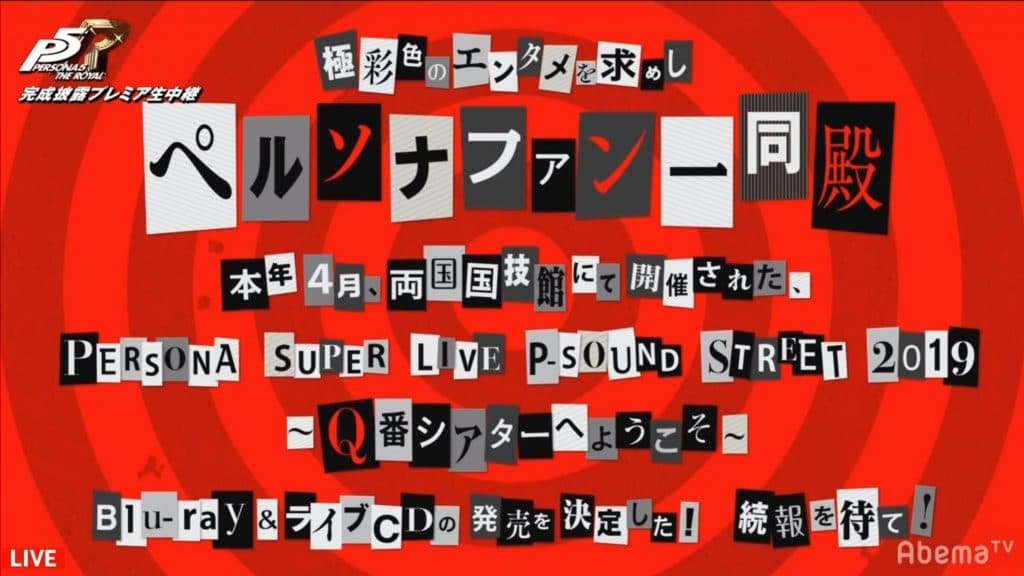 The Persona Super Live 2019 concert took place on April 24 and April 25, 2019. There, Persona 5 Royal and Persona 5 Scramble: The Phantom Strikers were formally announced.