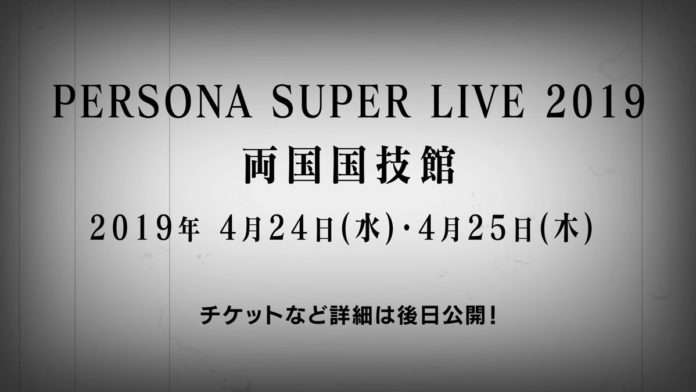 Details including ticket sales will be announced at a later date.

During the first “Persona Super Live” which took place on February 5, 2015, Persona 4: Dancing All Night was fully revealed, along with the first preview trailer released for Persona 5.

During this concert, which took place on August 2, 2017, Persona 3: Dancing in Moonlight and Persona 5: Dancing in Starlight were announced, along with Persona Q2.