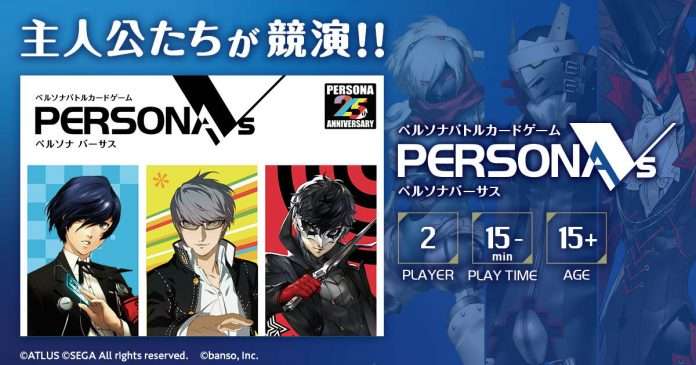 Banso, a company which plans and produces board games, will be releasing the board game “Persona VS (Versus)” which reproduces the setting of the series. The board game is set for a December 2021 release, to commemorate the 25th anniversary of the Persona series.

Persona VS is described as a “Persona card battle game” where players choose their favorite protagonists and participate in a certain “festival,” with the aim to win with their own set of personas and allies. The board game’s story and game systems were under official supervision by Atlus.

Reservations will begin on October 12, 2021, with discounted pre-orders from the official Banso Store.

“This is Velvet Stadium.”

Elizabeth, a woman reminiscent of an elevator girl, opens a door. Next to her, Margaret, a woman with a mature atmosphere, said:

“I heard that the human world is in a festive mood. So we decided to take advantage of that, and set the stage for a celebration.”

One of the twins, Caroline, who wears an eye patch over her right eye, said with pride:

“You can have as much fun as you want!” This festival is a contest of strength!”

Justine, who wears an eye patch over her left eye, followed:

“…This is different from our original role, but we will also be participating. Let’s make this festival more lively together.” 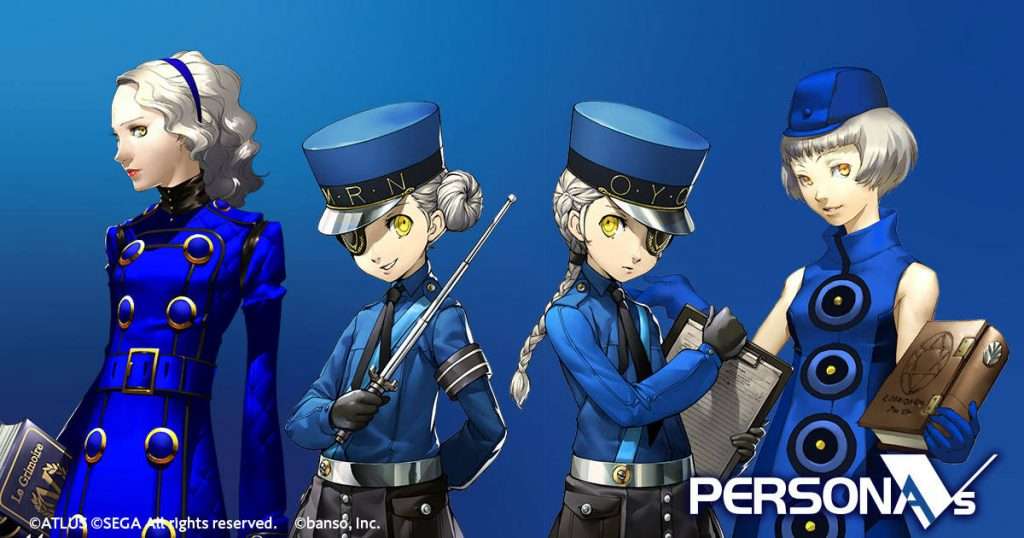 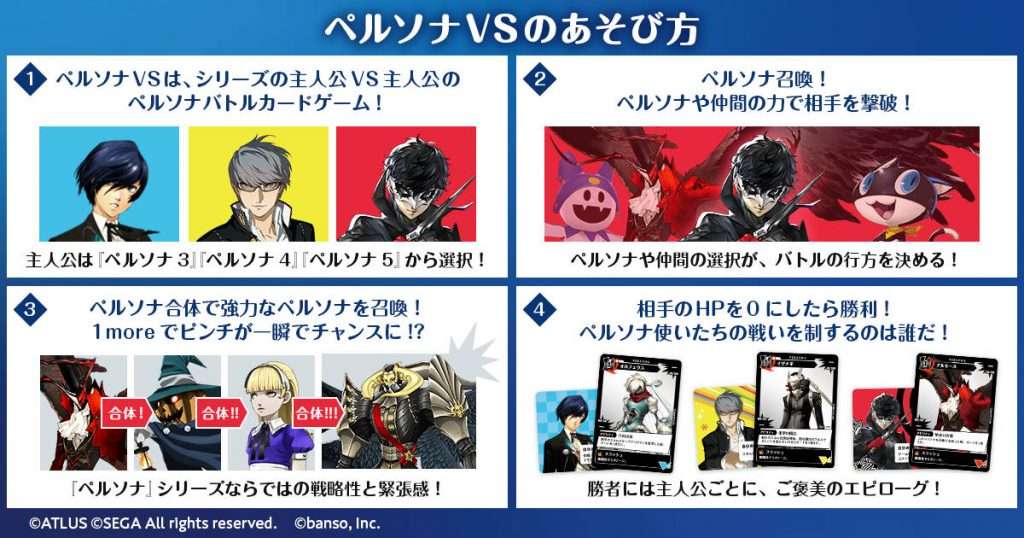 Players choose one of the main characters from Persona 3, Persona 4, or Persona 5 to begin the game with.

Persona cards summoned by the protagonists have two types of abilities: “Abilities,” which are activate at all times to give the player an advantage in battle, and “Skills,” which are used to attack the opponent. Then, persona allied persona cards help the player in battle with their “Support” abilities, which can be used for powerful effects, as well as “React” abilities, which counter the opponent’s skills.

If you can quickly reduce your opponent’s HP to zero by combining these abilities, you win. The winner then receives an epilogue, depending on their hero. 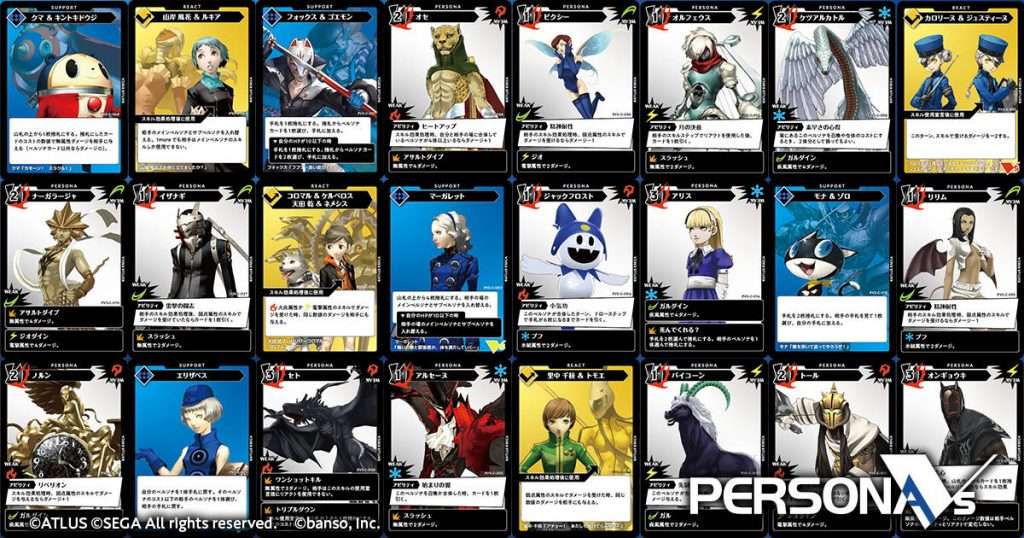 Reproduce the Charm of the “Persona” Series

In commemoration of the 25th anniversary of the Persona series, this game was created with a completely original story and game system to reproduce the series’ charm.

Not only are there personas with unique abilities, but additional “1 More” attacks are incorporated, which occur when the opponent’s weaknesses are struck. There is also “Persona Change,” which changes the personas used according to one’s strategy, and “Persona Fusion,” which allows one to combine personas to create an even more powerful one.

It’s a game where not only those who have played the original, but also those who have not played it can experience the setting and the Persona series’ charm.

Easy-to-play Pre-Built Decks or any Combination

Once you get used to the game, you can freely swap cards, choose your favorite personas and characters, and build your own deck to play.