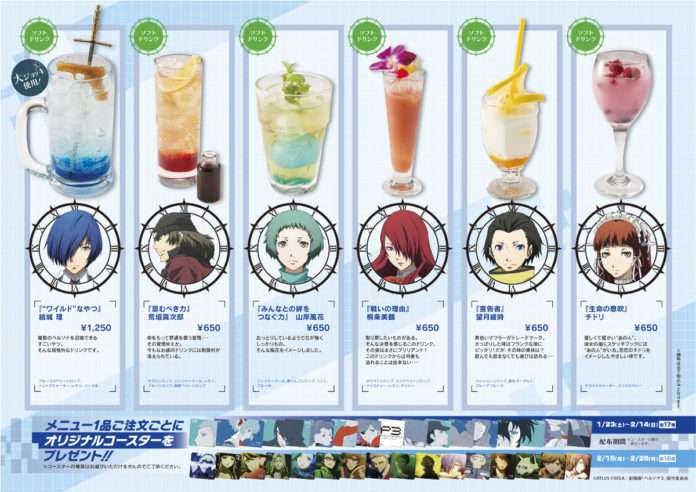 The Persona X Pasela Resorts cafe collaboration for Persona 3 The Movie #4: Winter of Rebirth was announced in December 2015, and the P3M Chapter 4 themed menu that will be available from January 23 to February 29 has been revealed.

The Persona 3 The Movie #4 collaboration menu that will be taking place alongside the film’s release this weekend: 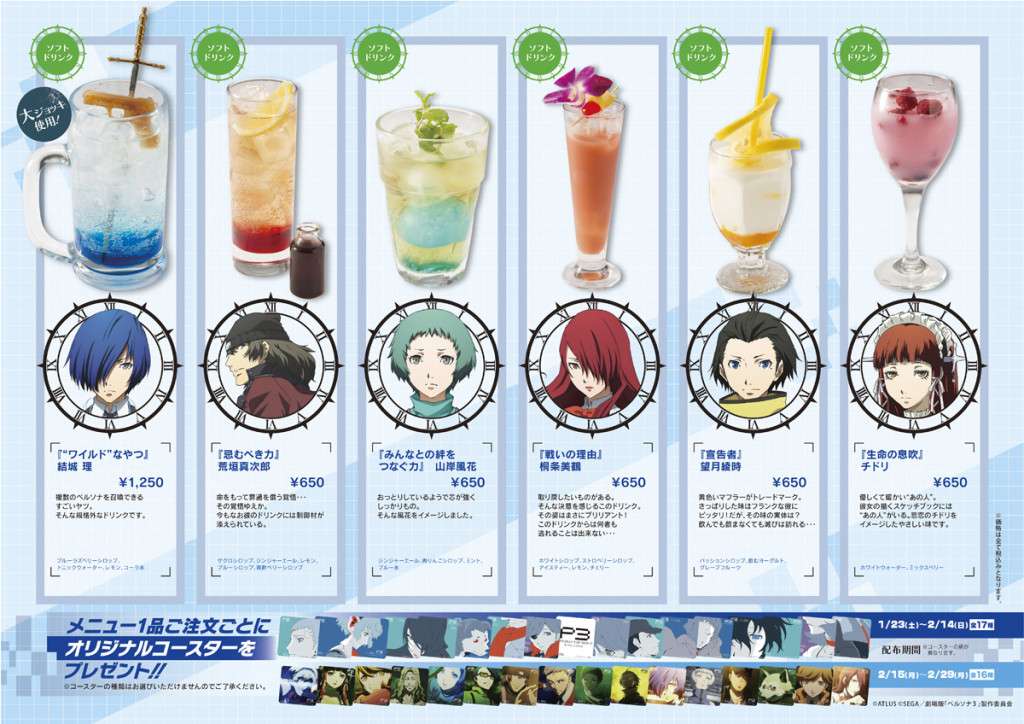 Each drink order will come with an original coaster, which can be seen at the bottom of the image. 17 of them will be distributed from January 23 to February 14, and they feature the Persona 3 characters from the third P3M4 key visual. 16 different coasters will be offered from February 15 to February 29, featuring scenes from the upcoming film.

All drinks are 650 yen, with the exception of the Makoto Yuki drink which costs 1,250 yen. 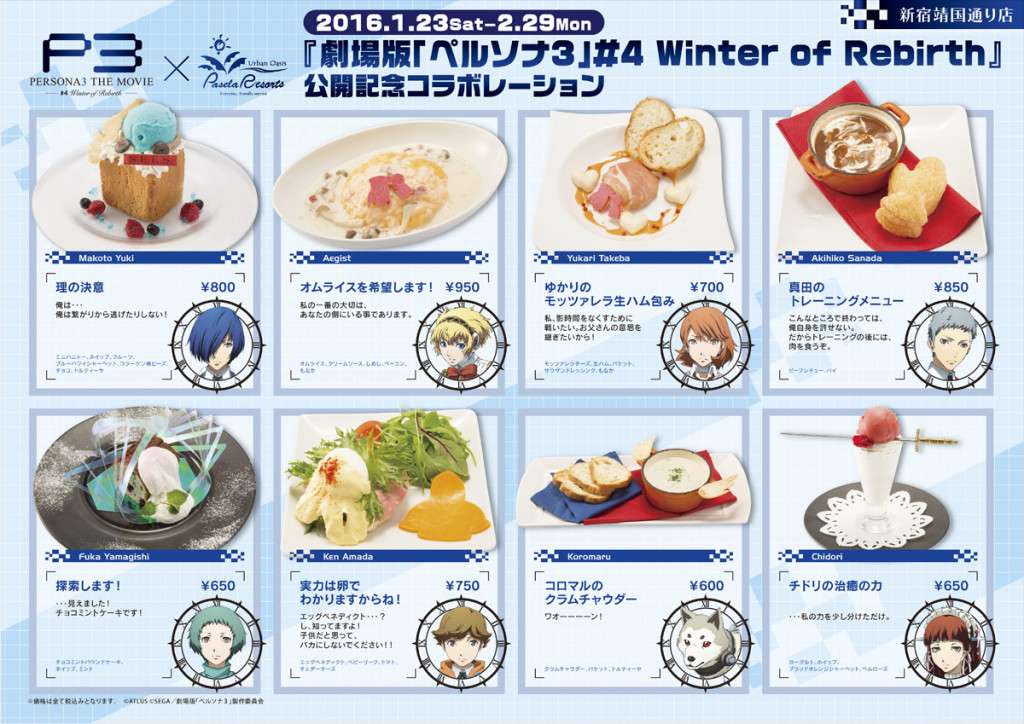 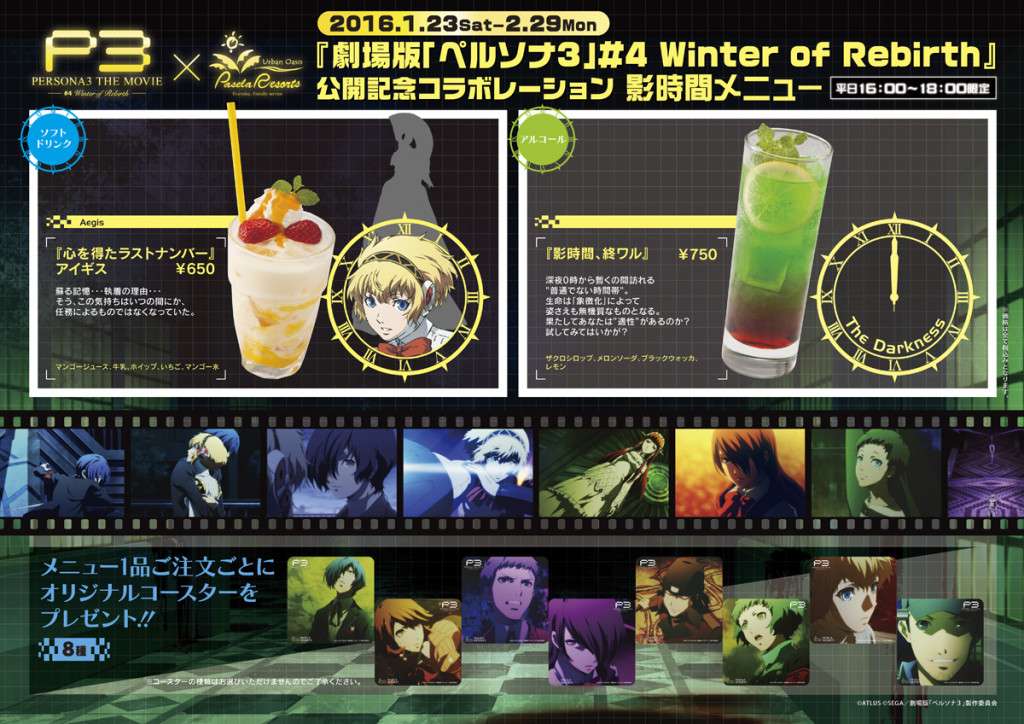 8 different original coasters are distributed during this period. 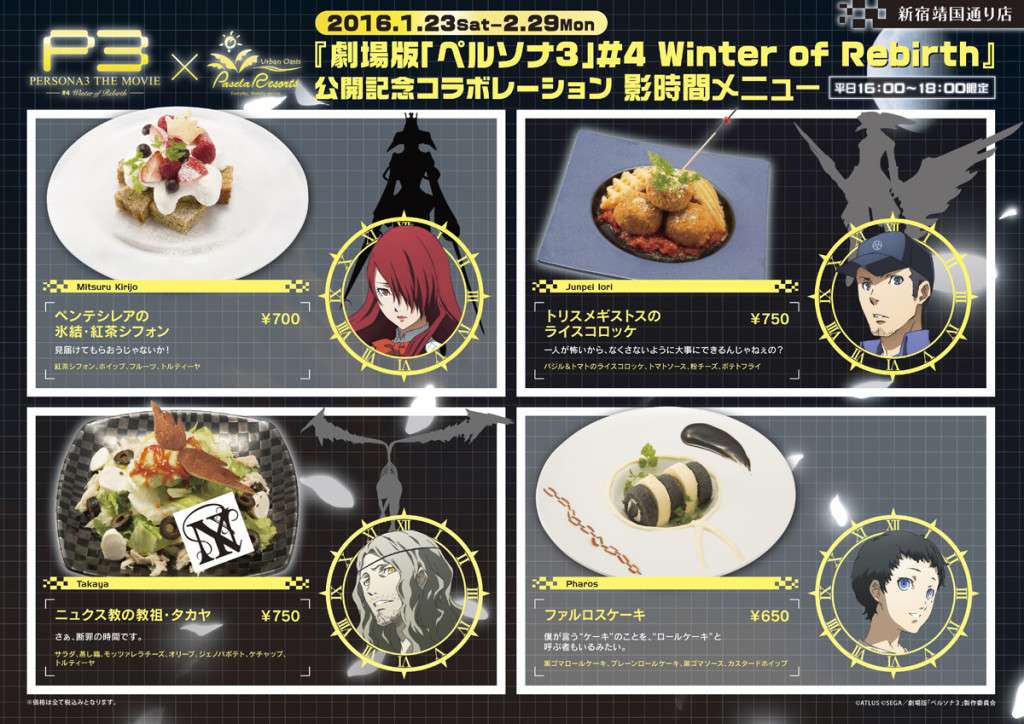 Pictures of the Shinjuku Yasukuni Dori based cafe: 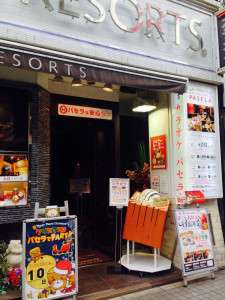 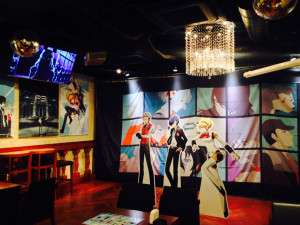 Pasela resorts is a coffee shop which doubles as a karaoke bar. This will be the seventh Persona cafe collaboration with Pasela Resorts, with the others having been the following: