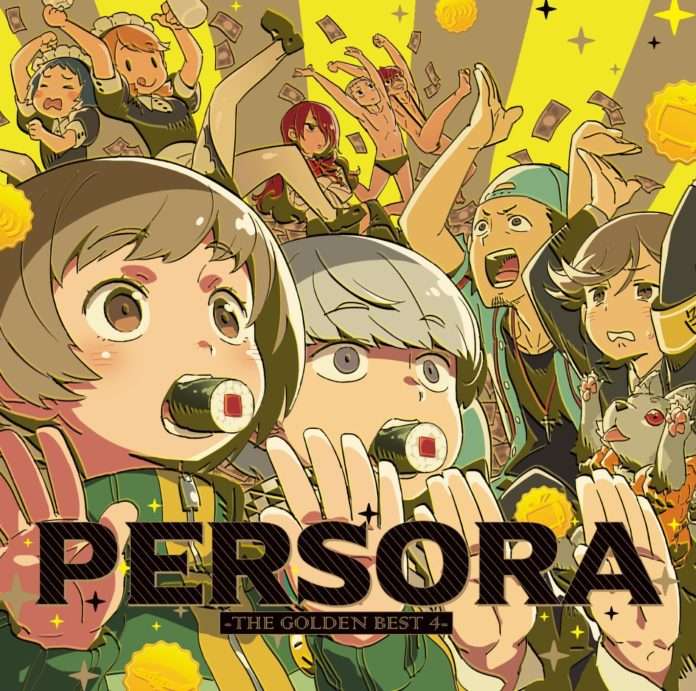 Following its announcement in July along with the sample of its cover art shown in last month’s Persona Stalker Club V episode, the official cover art for the “Persora: The Golden Best 4” concept album has been revealed. 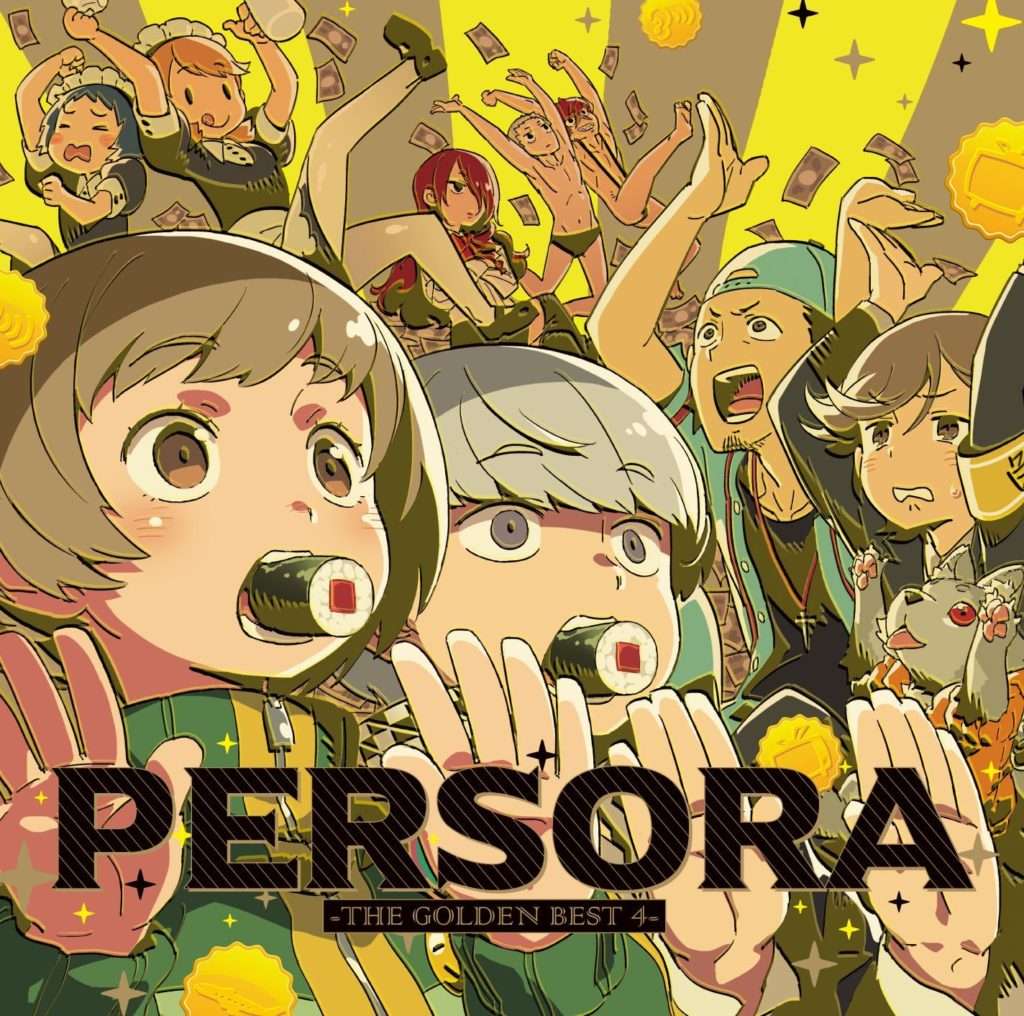 Like the first, second and third concept albums, “Persora” is based on the popular “Persona Misheard Lyrics” segment of the Persona Stalker Club, which consists of the hosts Mafia Kajita and Tomomi Isomura—as well as guests—misinterpreting English lyrics from Persona songs.

The cover art is illustrated by Etrian Odyssey series artist Yuji Himukai, and it is based on art from the Persona Stalker Club‘s popular “misheard lyrics” segments.