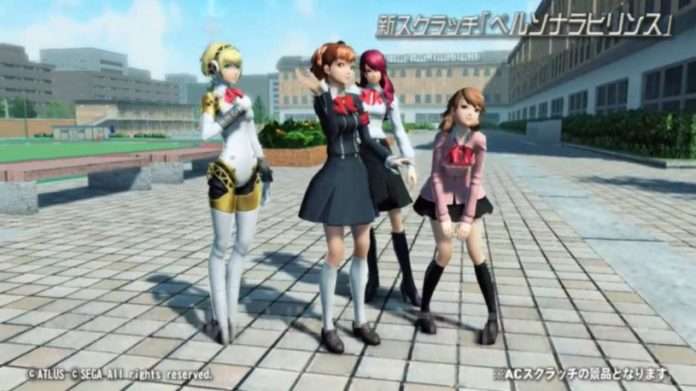 Update (2018-11-09): The trailer for the upcoming Persona collaboration with Phantasy Star Online 2 has been released (included in an introduction video for the MMO’s mid-range 2nd Fall update).

To celebrate the upcoming release of Persona Q2: New Cinema Labyrinth, this month’s edition of the regular “PSO2 Station!” live stream has announced that there will be costume collaborations in Phantasy Star Online 2 featuring Persona 3 and Persona 4.

The costumes (and associated animations) will be released for the MMORPG in late November 2018. This follows last month’s announcement at Tokyo Game Show 2018 that there would be a Persona 4 collaboration in November.

Alongside the inclusion of the female protagonist from Persona 3 Portable is also the iconic series demon Jack Frost. 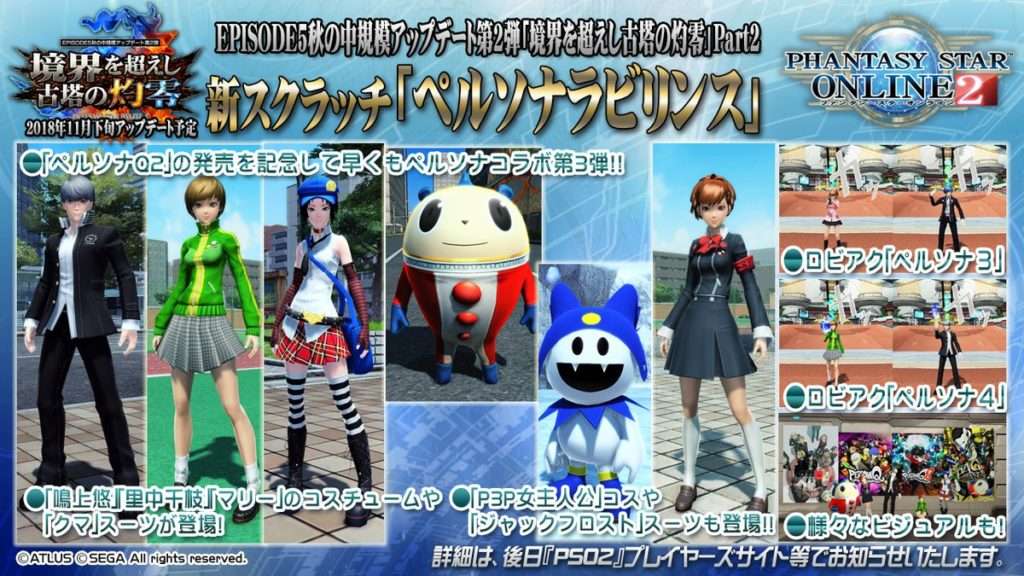