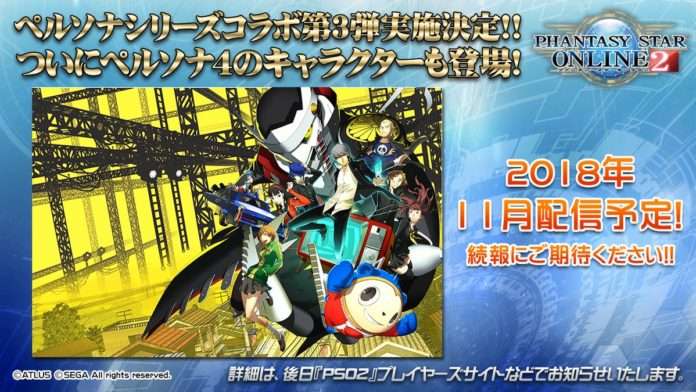 Sega has announced a new collaboration between Persona 4 and Phantasy Star Online 2, during the “PSO2 Station! TGS 2018 SP Stage” live stream, which took place on day 4 of Tokyo Game Show 2018.

The collaboration will be held in November 2018, with more details to be announced at a later date. 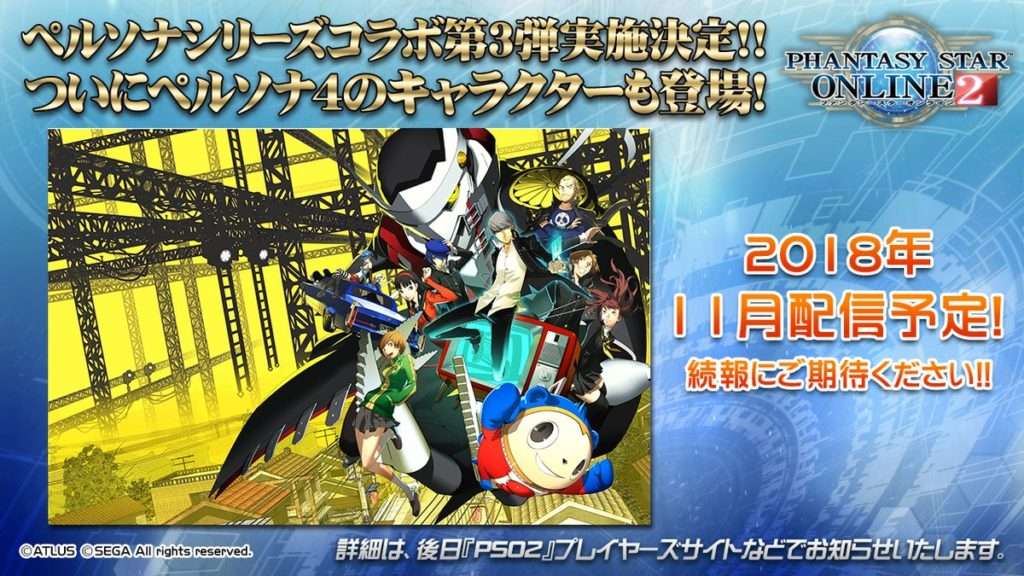