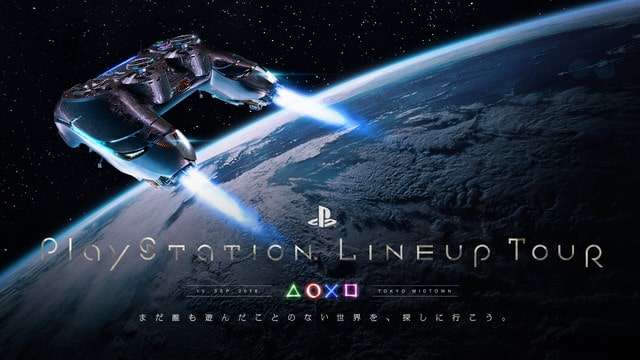 Sony Interactive Entertainment Japan has announced that it will be holding an hour-long event called the “PlayStation LineUp Tour” on September 10, 2018, which will be showing the upcoming software lineup for PlayStation.

The event is set in a vast universe expressing the world of PlayStation, where participants will travel in space as a member of the DualShock 4 wireless controller space crew. While visiting various planets, the latest software will be encountered in video form.

A total of 155 people among PlayStation Plus members and people with Sony Entertainment Network accounts will be invited to the event venue from advance applications.

A live stream will be available to those who are not invited to the venue.

This event is likely a replacement for Sony’s yearly pre-Tokyo Game Show events which took place in early September, named “PlayStation Press Conference in Japan” in 2016 and 2017, and the “SCEJA Press Conference” before that.

At the similar event last year, two Vanillaware games were featured: the official announcement of Dragon’s Crown Pro for the PS4, and a new trailer for 13 Sentinels: Aegis Rim along with a 2018 release window.