Following a teaser website launched by developer FuRyu on February 19, 2016, Famitsu has announced that the teased title is Caligula, a new PlayStation Vita RPG slated for release on June 23, 2016 in Japan.

Update (2016-02-23): Gematsu has written additional information about Caligula translated from Famitsu flying get information via Hachima Kikou, added to the bottom of this post.

The official website has been updated, as well. The link to the game’s music from the website.

The tangential relationship Persona has with Caligula is that—other than it being a JRPG set in high school—the game is being written by Tadashi Satomi, the writer behind Persona, Persona 2: Innocent Sin, and Persona 2: Eternal Punishment. He was also responsible for the scenario in the Digital Devil Saga games.

An interview with Atlus’ Satomi from 1998 was posted last year.

Caligula focuses around modern pathology and trauma, as a new “juvenile school RPG.” The game takes place around the virtual reality world of “Mobius,” revolving around 9 men and women who seek to return to the real world. 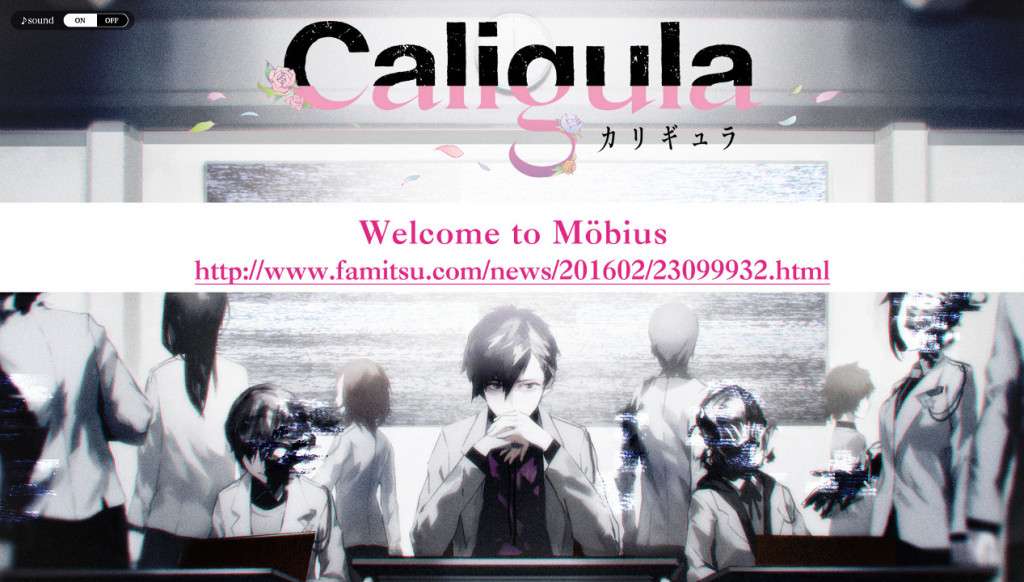 The title of the game is derived from the “Caligula Effect,” a term describing one’s significant desire for something they’re not permitted to have. Examples provided by Siliconera:

The initial tagline for the game is “Can you kill an idol?” 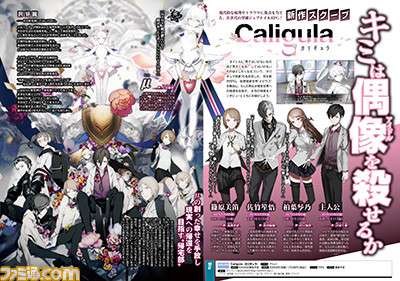 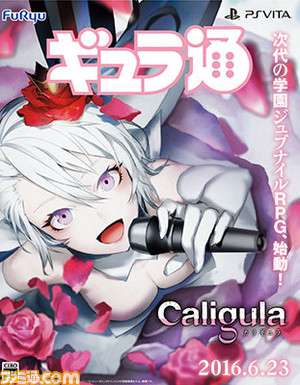 The protagonists are locked up in Mobius, a virtual reality world in which all human beings become an ideal high school student and spend their days repeating high school life. Everyone within Mobius has forgotten the real world. For different reasons, each of the protagonists realize that Mobius is not the real world and form a “Going Home Club” with the desire to return home, and start looking for a way back. However, there are some members who suffered in reality and sought salvation in Mobius, and carry a darkness that can not be shared with the others.

Mobius is an ideal world created by the vocal software “μ.” People escape the despair of reality in Mobius, and those saved by her song are granted their every dream. In Mobius, there are men and women regardless of age that become high school students and live out a three-year student life on a loop.

The protagonists oppose the “Ostinato Musicians,” composers that provide music to μ and who plan to destroy the Going Home Club that are disrupting the order of Mobius as traitors. Famous sound composers of Vocaloid and such are working on the game.

The theme song is sung by a special unit consisting of Eriko Nakamura, Emi Nitta, and Yuka Otsubo.

Other Details and Development

Here are some other details, via an interview in the magazine:

Caligula is slated for a June 23, 2016 release in Japan for the PlayStation Vita, priced at 6,980 yen. Pre-orders will include a swimsuit costume product code, a visual booklet, a Caligule full album CD, and a special event participation ticket.