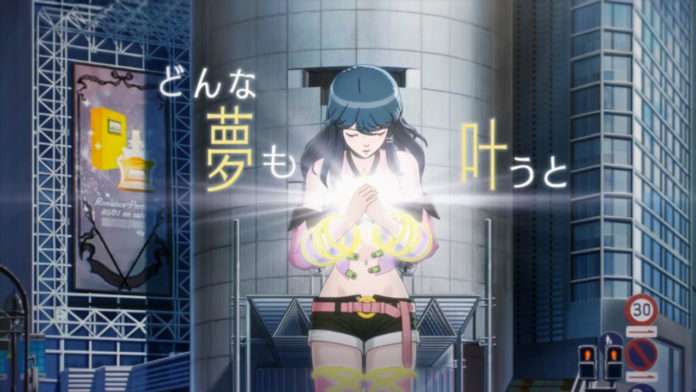 Following the Nintendo Direct announcement of Tokyo Mirage Sessions #FE for a North American and European release in June 24, 2016, some potential localization changes made to the game from its Japanese release have been spotted.

Via @MGNoxa, the recent English Nintendo Direct trailer for the game indicates that the top of character Tsubasa Oribe’s idol outfit has been modified from the Japanese release. The pink transparent straps have been replaced with a solid black color, and her cleavage has been hidden with an undershirt.

A 4chan post made on February 29th, 2016 indicates a few changes that might have been made to Tokyo Mirage Sessions #FE for its English release.

If this 4chan post is legitimate, that would signify that there might be additional outfit changes made for the North American and European version of the game, and that the Hot Springs DLC will not be released in English.

The above—particularly the 4chan post—is to be taken as a rumor until the changes are officially confirmed.

Non-localization changes of a similar nature were made before. Japanese retailer WonderGOO had replaced an exclusive pre-order item due to partial nudity from Tsubasa’s idol outfit, and the in-game idol outfit for Kiria Kurono was changed prior to release.