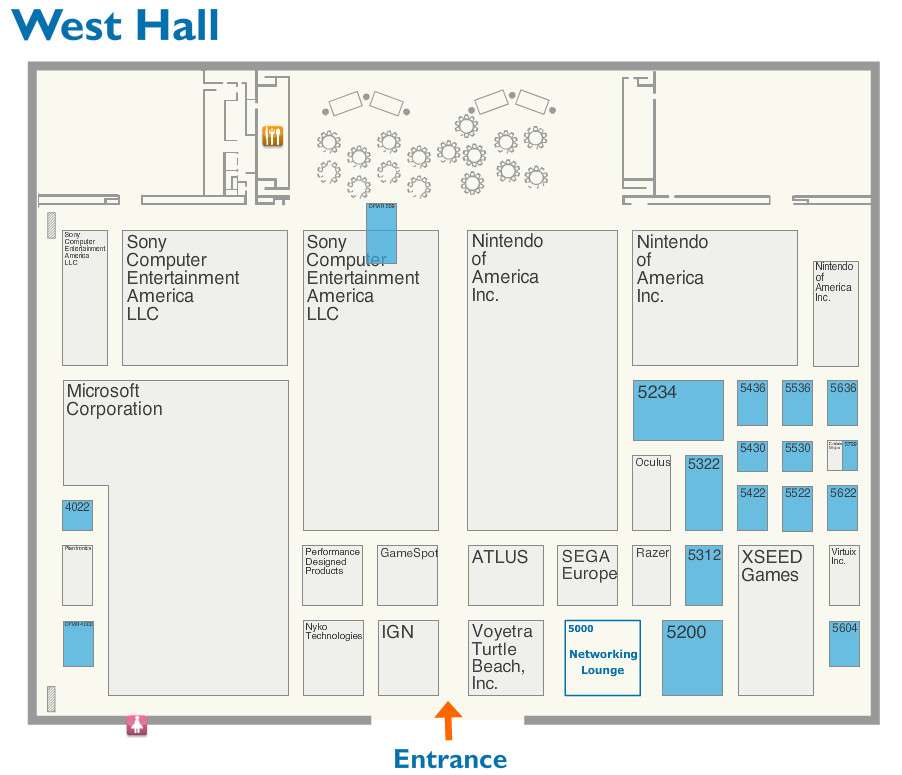 At last year’s E3, Sega decided to not attend the event with their own booth at the show floor in order to focus on business restructuring and later game launches. This year, Sega will be returning as an E3 exhibitor, with the booth specifically referring to “SEGA Europe.”

Last year, Atlus’ booth was both Persona 5 themed and Persona 4: Dancing All Night themed, complete with a dance floor: