Gematsu has translated the information from the press release, with most character descriptions taken form the official English website for the first Radiant Historia:

Vainqueur, a continent on the path of destruction via large-scale desertification.

Over 50 years have passed since the war over the remaining green land between Alistel in the east and Granorg in the west began.

Because the Queen Protea-ruled Granorg is located in an area where desertification is particularly intense even in Vainqueur, they are desperate to secure green land, and the battle gradually tilted in Granorg’s favor. Alistel, on the other hand, which was founded by the Prophet Noah, successfully developed thaumachines using the power of thaumatech, a lost technology that uses Mana. And it is preparing to rapidly throw itself into battle.

…In a destroyed continent where everything is buried in sand and disappears, signs that the surge of war have settled are yet to be seen… 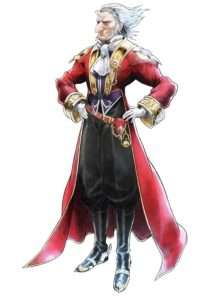 As the head of Special Intelligence (Specint for short), he is always composed and cagey. He is cold and calculating, and believes that anything can be manipulated with careful enough scheming. He especially looks after Stocke, whom he trusts as Specint’s most skilled agent.

Despite the valuable information Specint frequently provides to Alistel’s military, several high-ranking officers would like nothing more than to see Specint permanently disbanded. 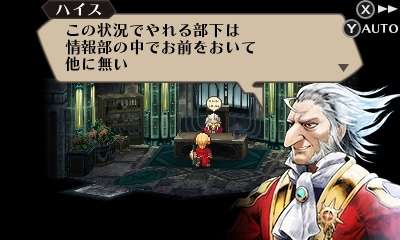 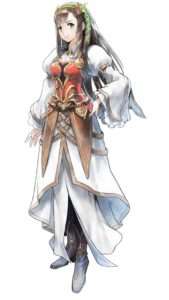 She is the overseer of the medical division. In addition to her duties as a medic, she spends her time researching Mana, the source of all life, and dabbles in thaumatech research as well.

Sonja is tough yet kindhearted and counts both Sotcke and Rosh as friends. Though she doesn’t fight on the frontline, she watches over them and tends to worry about their survival on dangerous missions. 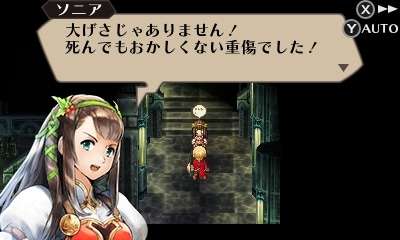 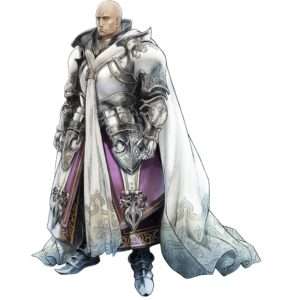 The general and supreme commander of Alistel’s army, he doubles as the Prophet Noah’s mouthpiece and has taken up stewardship of the country in Noah’s stead since the Prophet withdrew from public life five years ago. Since he holds the reins of both Alistel’s government and military, it would be no exaggeration to call him the true ruler of Alistel.

He used to be a politician, but his renown from conveying Noah’s words to the masses coupled with the war against Granorg elevated him to his current position. Some already think of him as Noah’s successor, as he stirs up Alistel’s populace to war with exhortations that Protea-controlled Granorg is a den of evil. 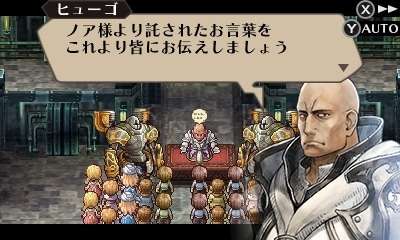 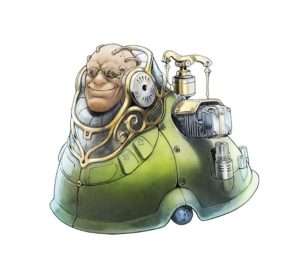 The director of Alistel’s research and development department. Fennel is a world-renowned thaumatech scientist under orders from Hugo to work night and day on mass production of the powerful thaumachines he’s devised. Sonja is technically one of his underlings.

He is Alistel’s finest mind, but he has an extreme distaste for other people. He’s a typical mad scientist who thrives on data collected through field tests and cares about nothing but furthering his research. 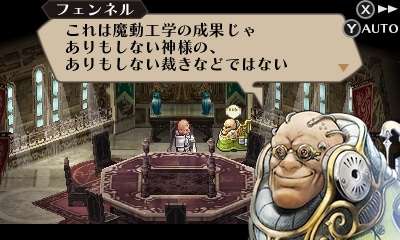 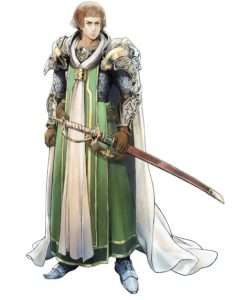 The second-in-command of Alistel’s army, with the rank of Lieutenant General. He is Rosch’s superior and has a good rapport with him.

His evasive demeanor and suspicious looks don’t mark him as a serviceman, but those who know him well praise him as the Sleeping Lion of Alistel. He’s not the type of commander who takes to the battlefield personally, but he has a natural talent for internal administration and navigating the kingdom’s minefield of politics. 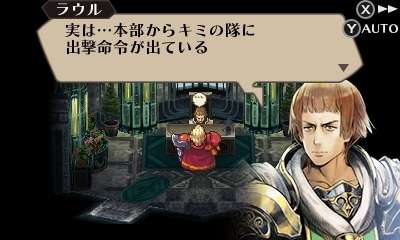 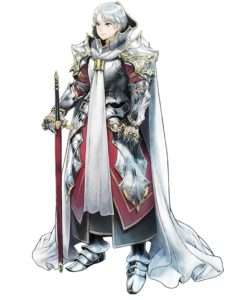 Alistel’s prize Field Marshal, known as the Valkyrie for her beauty and strength. She has been posted to Alistel’s most important stronghold, the Sand Fortress, where her valor and judgement have earned her the staunch support of all Alistellians, not just the military.

She is unwavering in her devotion to Alistel and has Noah’s full trust as well. Many believe that her charisma exceeds Hugo’s, and her service record also dwarfs his. Yet despite her accomplishments, she is more often than not out of the country on assignment. 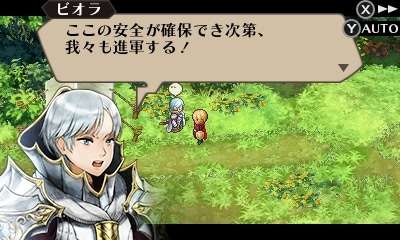 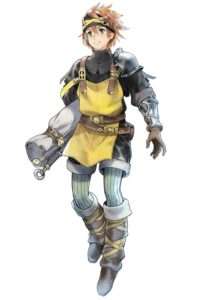 Within the hodgepodge Rosch Brigade, he unifies the new soldiers as a leader of sorts. On the word of his respected superior Rosch that Stocke is a skilled swordsman, he has the highest respect for Stocke as well.

Kiel is a naive young man with a bright outlook, but can sometimes get carried away with himself and begin to panic. He, too, is a skilled swordsman, but his talents lie more in ceremonial sword dancing rather than combat forms. 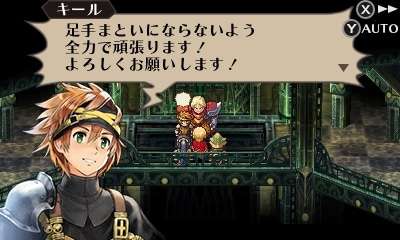 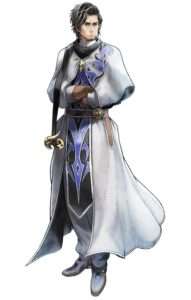 The charismatic leader of Alistel. He was originally a thaumatech scholar of Granorg, but in order to save the people of Granorg suffering from famine, migrated with the people to what is currently Alistel. He founded Alistel. 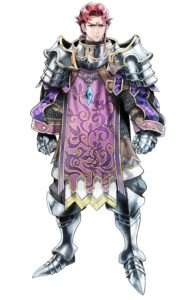 Along with Dias, Count Selvan is Queen Protea’s most trusted attendant. While Dias manages the army, Selvan bends Granorg’s parliament to his will, acting as Granorg’s administrator. he and Dias together manipulate Protea to impose their will on Granorg, but their relationship is always one of equals. Of the two, Dias is more visible, while Selvan uses his ingenuity to support him from the shadows.

Selvan sees warfare like chess and enjoys it just as if it were a game. He is known as a feared tactician, but he occasionally goes into battle himself to lead his men. 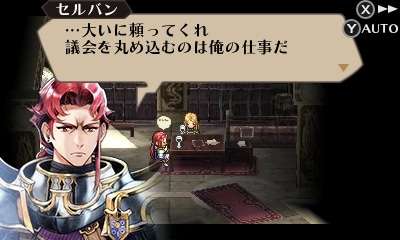 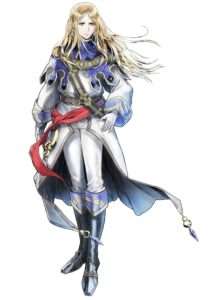 A court knight who serves Granorg’s Queen Protea. High Colonel Dias is an exemplar of skill and efficiency as the army’s supreme commander. He is an excellent soldier, but his ambitions go beyond the military: together with Count Selvan, he rules over all Granorg with Protea as their figurehead.

Though he tries to appear stoic and dignified, he is a decisive mover and tends to rush headlong into matters. However, his heedlessness is balanced by Selvan, whose guile complements Dias’ deficiencies to form a balanced team. 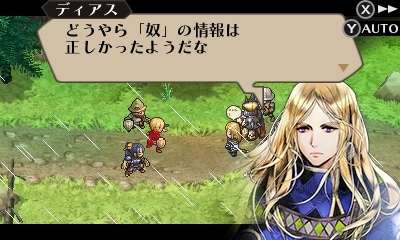 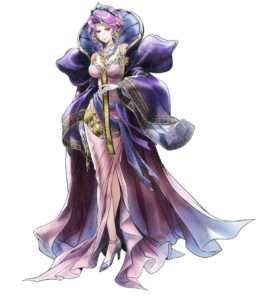 She does as she pleases without a care for her subjects and is known within the kingdom as a tyrant. Swept up in the luxury and power of royalty, Protea is addicted to indulgence at the expense of her people. As the late King Victor’s second wife, she has no blood ties to Princess Eruca and finds the girl a nuisance.

She has no political expertise to speak of, so her trusted courtiers, High Colonel Dias and Count Selvan, actually handle her administration. 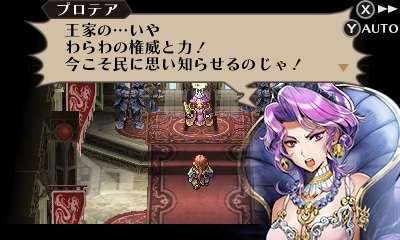 Travel Across Time and Space, and Reshape History

Only you can stop possible tragedy.

The protagonist Stocke, by being recognized as the true owner of the White Chronicle, gains the ability to traverse time. By traversing space and time, you can observe facts that you’re able to learn only in that time. And depending on the events resolved in the past, the tragic future will also change.

Save Raynie and Marco from Tragedy

Here, we’ll look at a tragedy that hits your subordinates Raynie and Marco early on in the story, which Stocke reshapes via the White Chronicle.

When he came to, Stocke was in a mysterious place called Historia. There, he met Lippti and Teo, and learns about the secret of the White Chronicle. 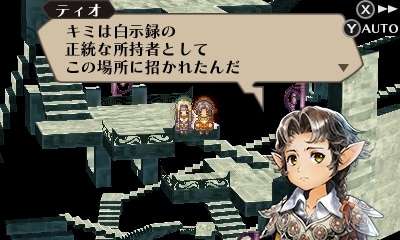