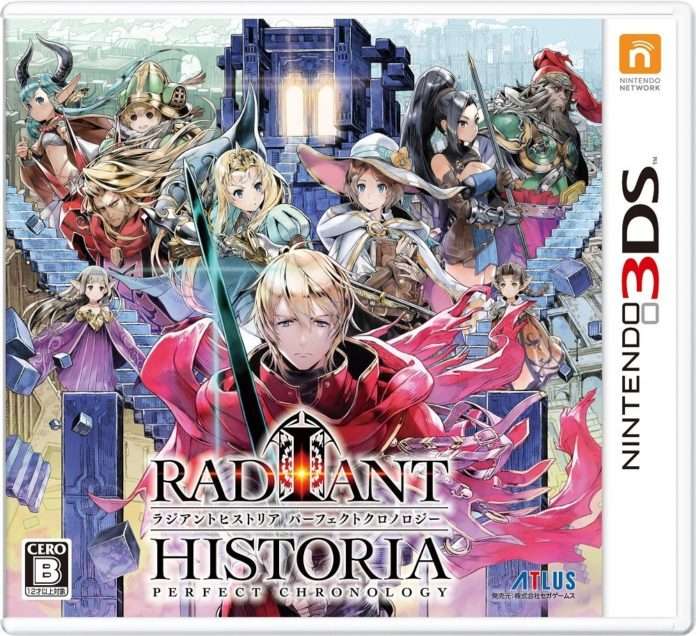 Following the first screenshots shown for the Radiant Historia: Perfect Chronology remake, the Amazon Japan product page has revealed the box art for the game, as well as new screenshots. 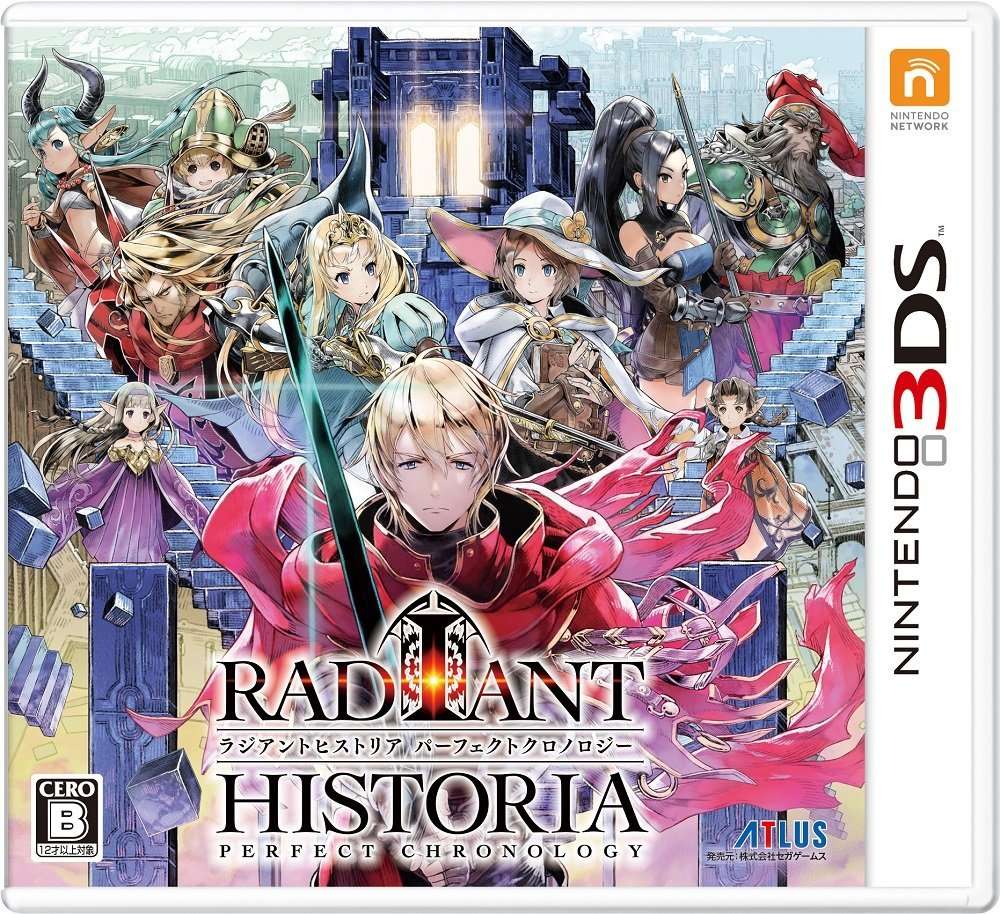 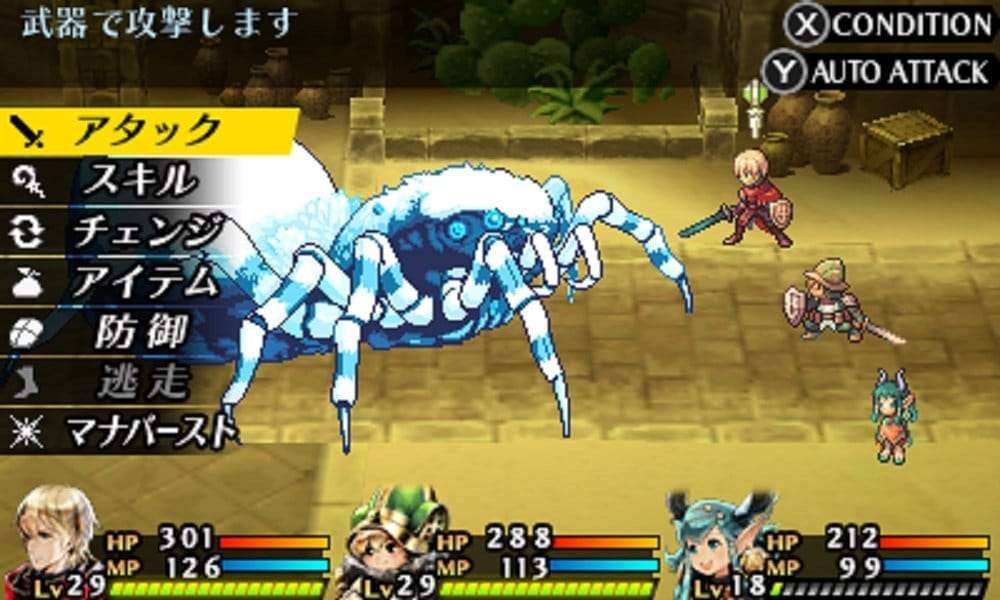 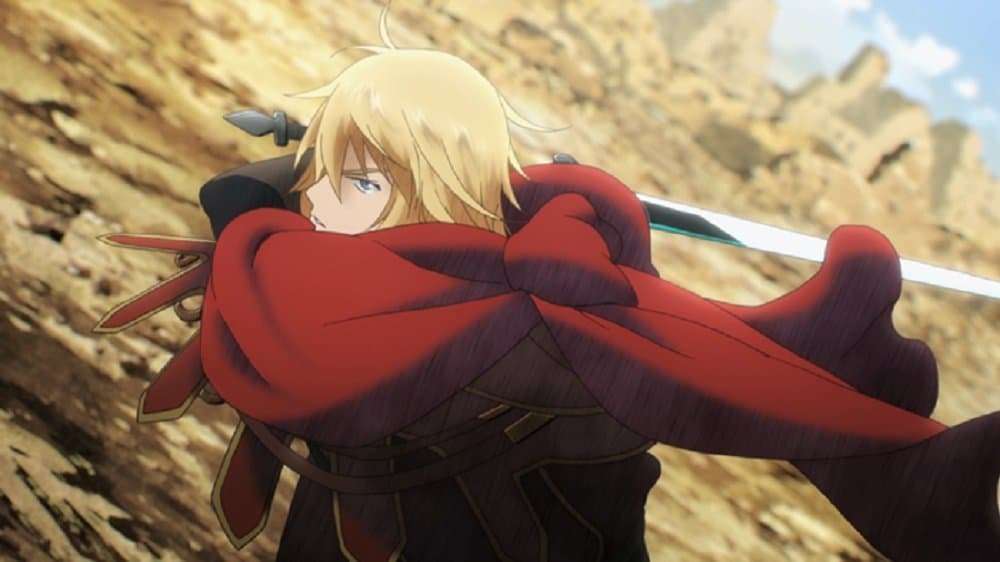 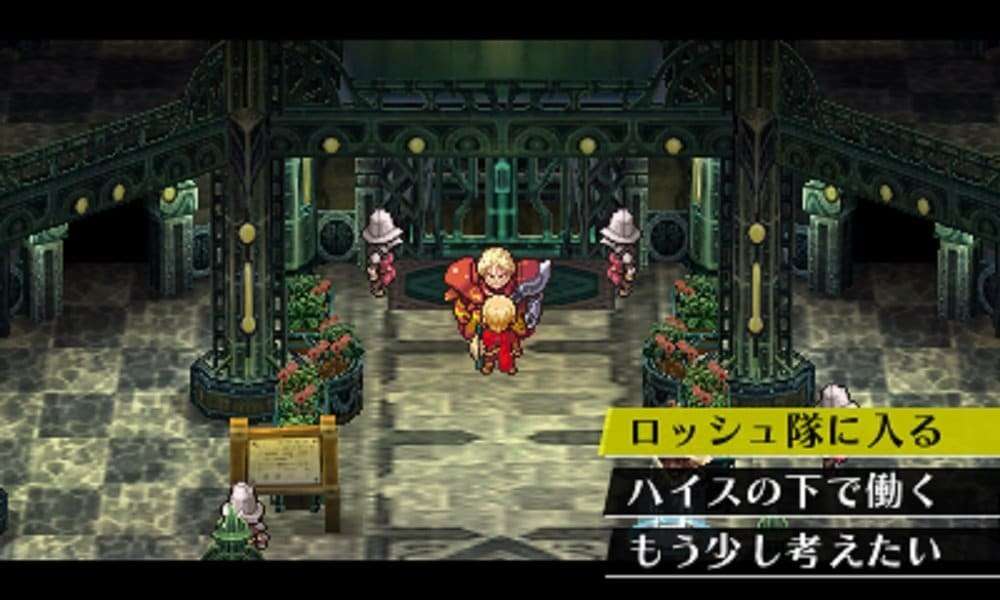 The second screenshot is of the game’s new opening, animated by A-1 Pictures, as confirmed in Famitsu.

As announced previously, first-print copies of the game and the “Perfect Edition” limited edition of the game will include DLC which will let players change the artwork in the game into deformed “chibi” versions, illustrated by the artist CHANxCO. 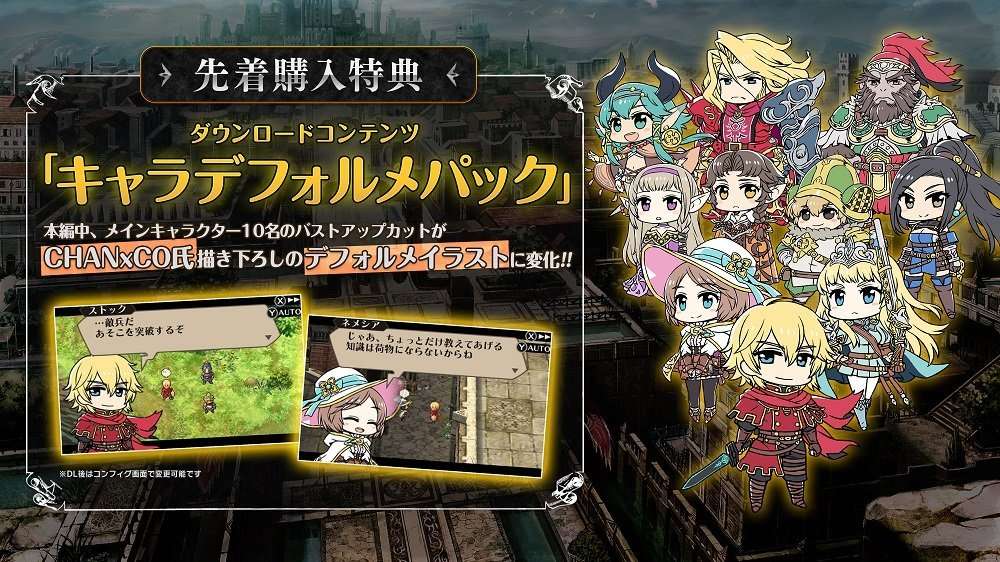 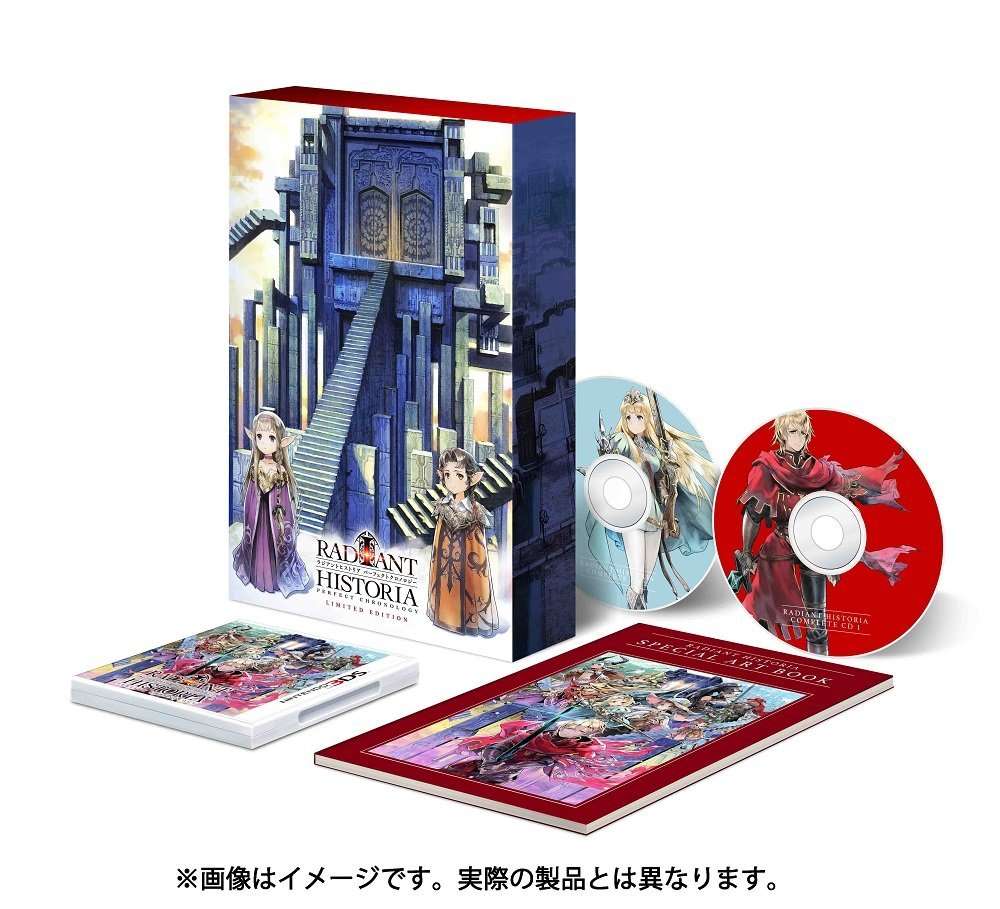 A limited edition version of the game titled “Perfect Edition” will be released for 9,800 yen (excluding tax). It will include:

A Famitsu DX Pack version of the game’s limited edition release is set for release, with a product page on the Atlus D Shop. It will be sold for 13,500 yen, and include the following in addition to the “Perfect Edition” contents: