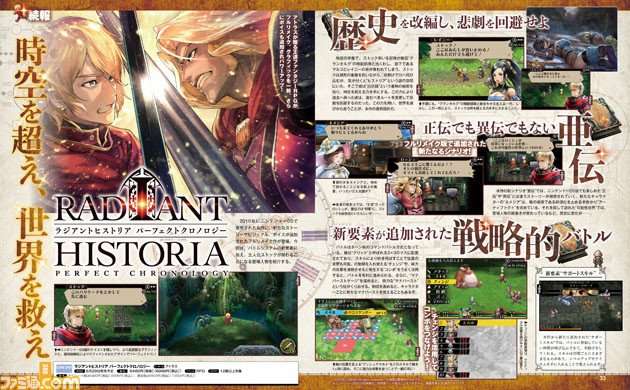 This week’s issue of Weekly Famitsu magazine #1480 will contain a new feature for Radiant Historia: Perfect Chronology, the 3DS remake of the 2010 fantasy RPG.

It will include details on the new “Sub-history” timeline added to the game as a new story scenario, as well as information on new elements added to the battle system. Additionally, there will be an introduction of the main character of the story, Stocke.

The six-page Famitsu feature will also include an introduction of the game’s revised visuals and the voice actors, added to this new version of the game. “And an appearance of the character “Noah,” who did not appear in the previous game…?”