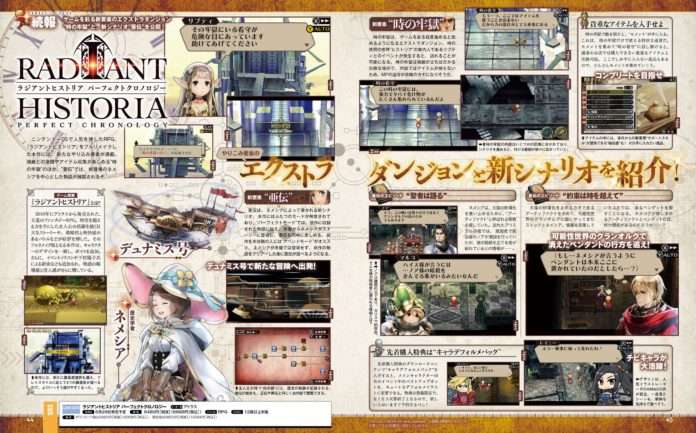 The feature contains details on the game’s new “Sub-History” timeline scenario added to the 3DS remake, as well as the new “Vault of Time” dungeon element. 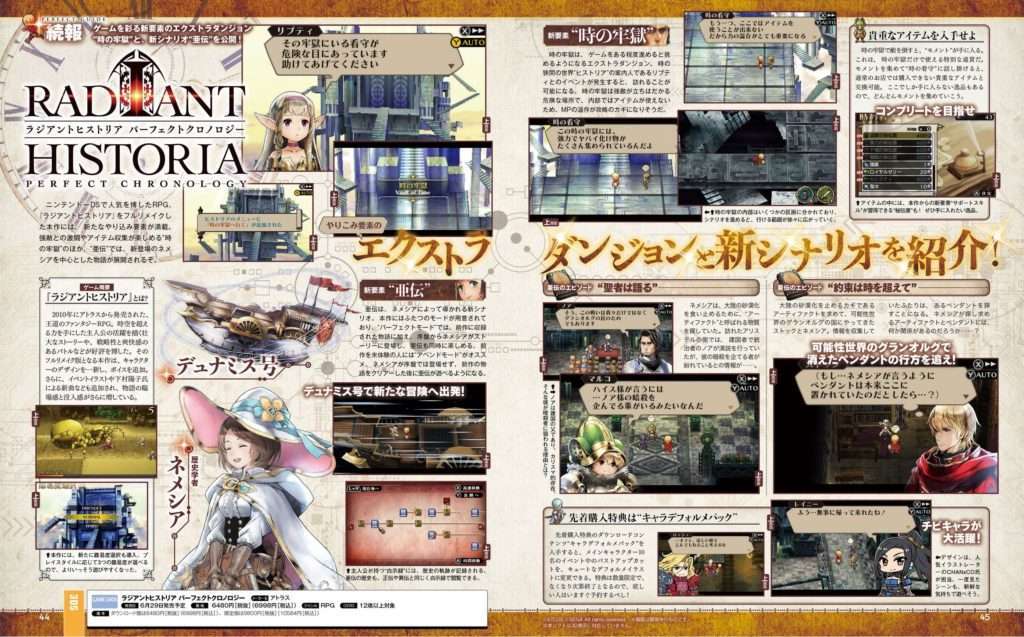 Translations of the details via RPG Site:

As previously informed, the Sub History can be accessed straight away in Perfect Mode where Nemesia also shows up at the story prologue. However newcomers to Radiant Historia are recommended to choose the Append Mode, where Nemesia doesn’t show up at prologue and the Sub History would be accessible only after the first two histories have been cleared. 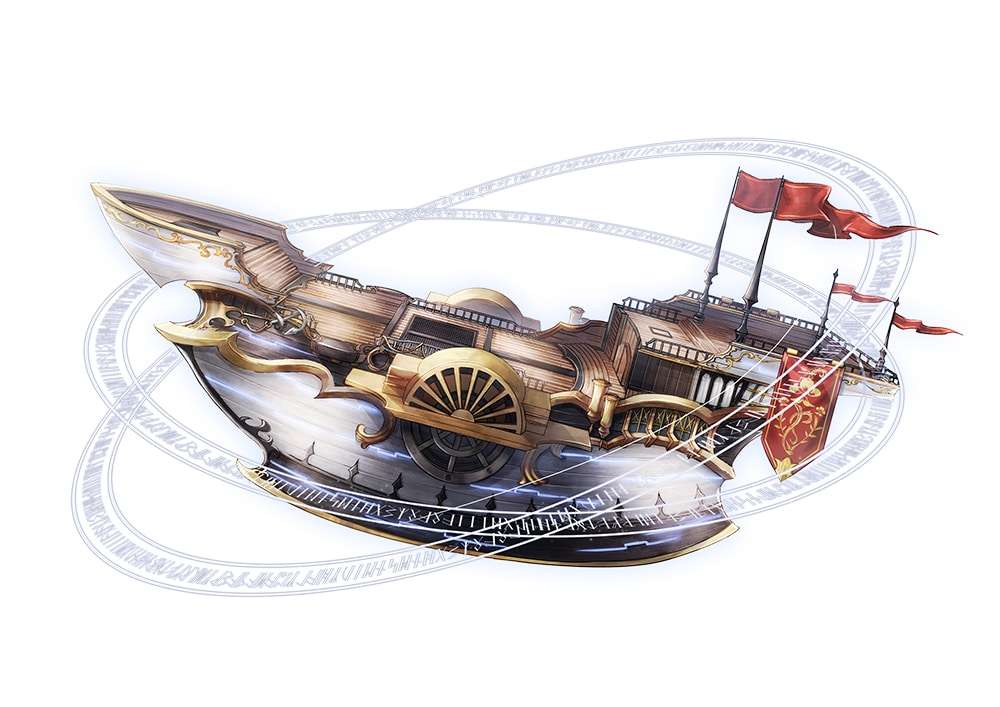 A couple of new episodes in the Sub History are also introduced in the article.

“The Saint Speaks” – Nemesia has been searching for a material called Artifact to prevent the continent from turning into a desert. When she visits the Alistel city, the founder and ruler of Alistel, Prophet Noah is giving a speech. However there are rumors that people who plan to assassinate him have slipped in.

“The Promise Crosses Over Time” – Looking for the Artifact which is the key in stopping the desertization of the continent, Stocke and Nemesia visit Granorg, the world of possibilities. They are searching for a certain pendant while gathering information. Is there some sort of relation between the pendant and the Artifact?

The article also introduces Vault of Time, a new extra dungeon that can be accessed after reaching a certain point in the game.

It becomes available once an event with the guide of Historia, Lippti, is triggered. The Vault of Time is a dangerous place with strong enemies, and items cannot be used there either, so preserving MP will be crucial in beating this dungeon.

Beating enemies in the Vault of Time will reward Moment, a special currency that is only usable there. Collect Moments and speak with the Time Jailer to trade with precious items that cannot be bought in ordinary shops. There are items that can only be obtained with Moment trade, such as the Secret Scroll that allows characters to learn Support Skills, which are also new to this game.