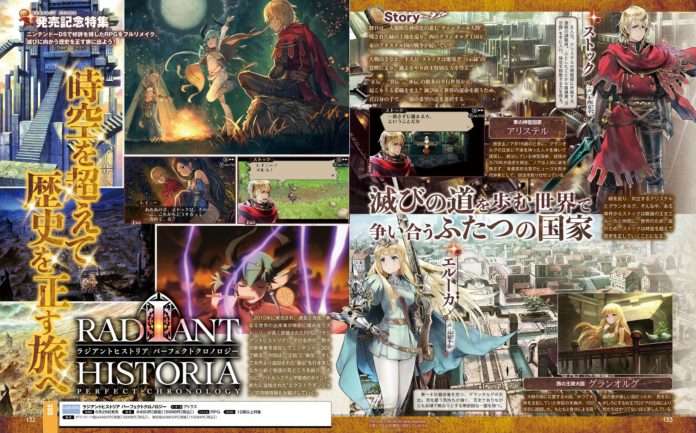 Atlus’ newest RPG remake, Radiant Historia: Perfect Chronology, was released for the Nintendo 3DS in Japan today, on June 29, 2017. Alongside the game’s launch was a new eight-page Famitsu feature, as well as celebratory artwork.

This week’s issue of Weekly Famitsu magazine #1491 includes a feature on Radiant Historia: Perfect Chronology for the game’s launch. It contains a full summary on the game’s content, including the added features for the remake and the downloadable content. 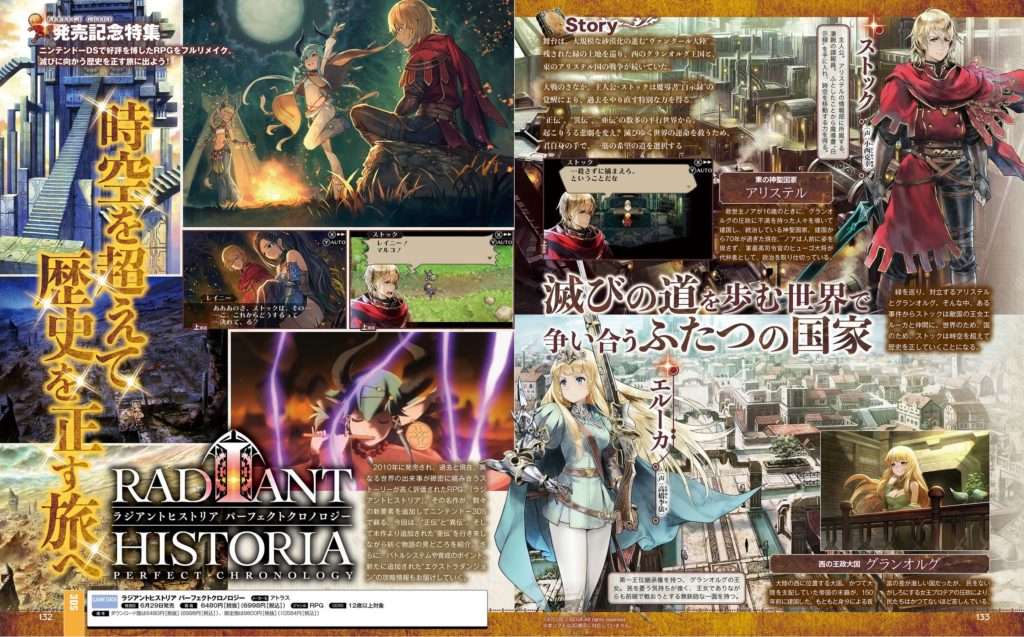 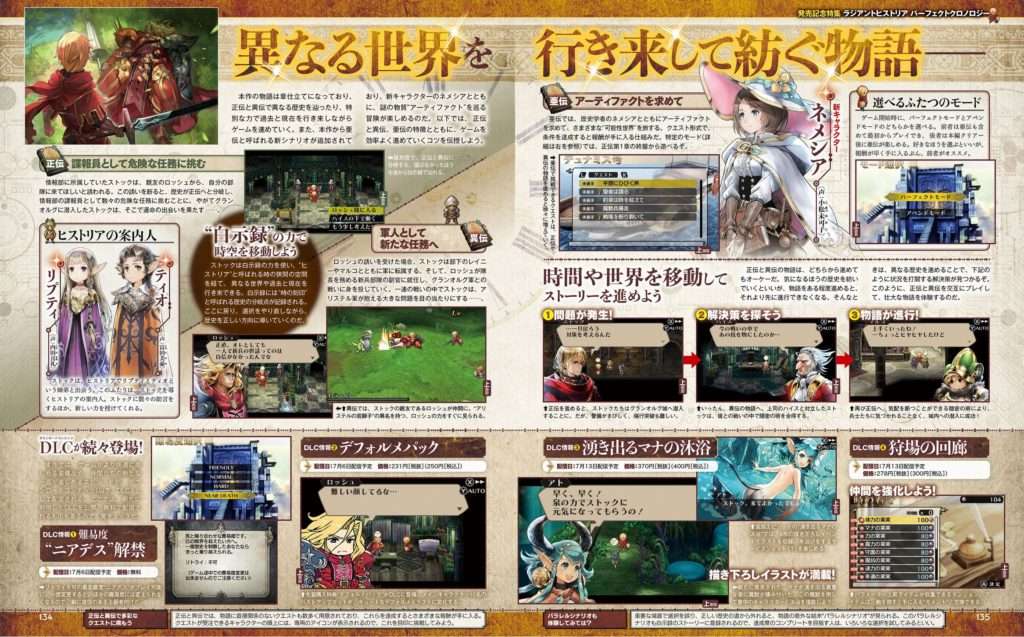 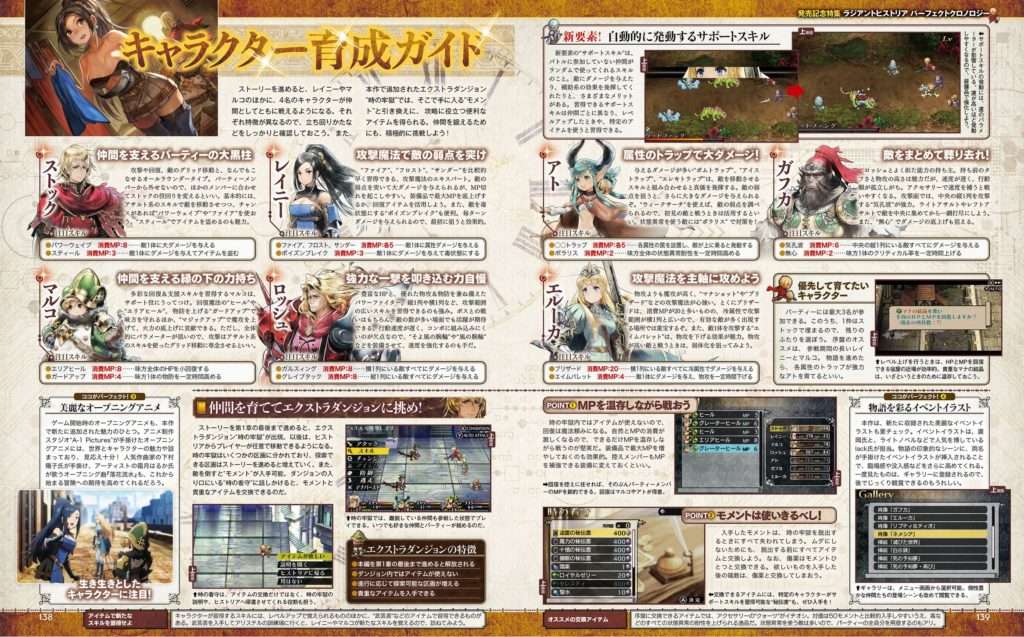 Atlus posted countdown illustrations for the days up to Radiant Historia: Perfect Chronology‘s launch, and below is a compilation of them:

Illustration by CHANxCO, an illustrator who worked on the chibi character portrait DLC for the game, which is included as a first-print copy bonus. Depicts the familiar trio, with two days left until release.

Illustration by the game’s event illustrator, Lack. Depicts Raynie and Stocke, with one day left until release.

Also released a few days ago was the full version of the game’s opening theme song, “Rakka Ryuusui.” It is sung by Haruka Shimotsuki, and written and composed by Yoko Shimomura.

Also, Atlus released two cartoon, comedy sketch videos starring Raynie and Marco. The screenplay was written by Chobora Unyopomi, while the illustrations were made by CHANxCO. Raynie is voiced by Aya Sakura, and Marco is voiced by Yoshitani Yoshio.