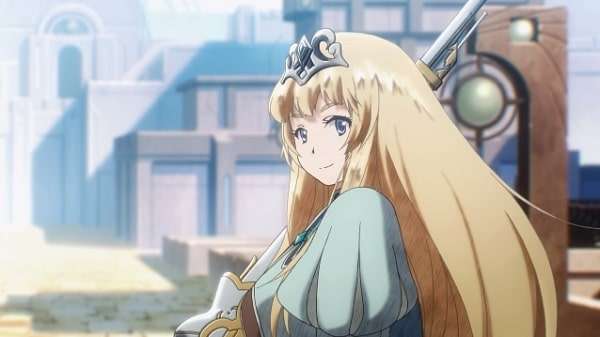 Radiant Historia: Perfect Chronology, the remake of the Atlus RPG released in 2010, was launched in Japan today. Within the game’s limited edition, a special, 100-page art book contains a developer interview with insight into the game’s development.

Within the interview, director Mitsuru Hirata states that Perfect Chronology was originally planned for “another portable device” development years ago. before its production was suspended for Tokyo Mirage Sessions #FE.  Once #FE was over with, they decided to resume the development of the remake for Radiant Historia on the 3DS, as it had a much larger userbase than the “other portable platform” in question. With this statement, [email protected] concludes that Hirata is referring to the PlayStation Vita.

The decision to continue production of the remake was thanks to the positive critical reception for the original game that continued about five years after its release, as well as its appreciation overseas. They wanted more people to know of the highly appreciated “Radiant Historia.”

The production of Perfect Chronology started in earnest at the beginning of 2016. Before that, Hirata replayed Radiant Historia to completion, finishing it around the end of 2015.

In a recent 4Gamer interview, director Hirata is asked about the decision to change Princess Eruca’s hairstyle, which was originally short.

Hirata wanted to redesign visual aspects of the game, like the characters and the UI, in a way that new customers could pick up. There are many people who liked the original look of the game, so it was an important decision.

In regards to Eruca’s new, long hair, Hirata states that she was actually meant to have long hair originally. She was given short hair in the Nintendo DS game to convey a princess with a different hair style than one would expect. While Perfect Chronology doesn’t represent a “return to origin,” they decided to make Eruca’s hair long again to make her depiction as royalty direct, and as “the image of a princess you generally imagine.”

Translation help thanks to @MysticDistance.