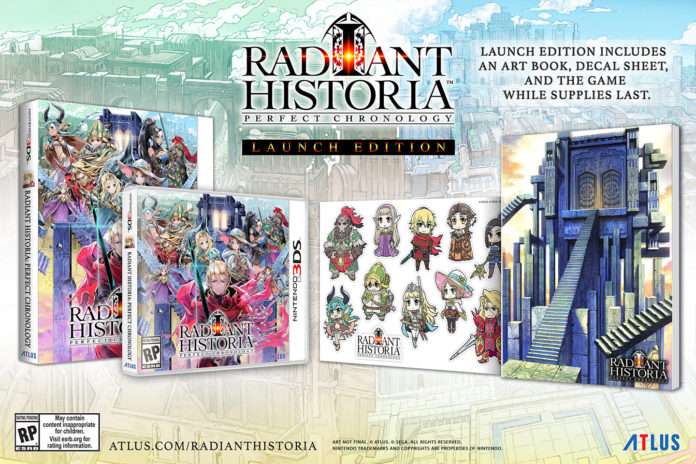 Atlus have released a new story trailer for Radiant Historia: Perfect Chronology , showing off the first look at the English localised game, including voice acting.

Additionally, a launch edition for the game has been announced, including an art book and decal set. 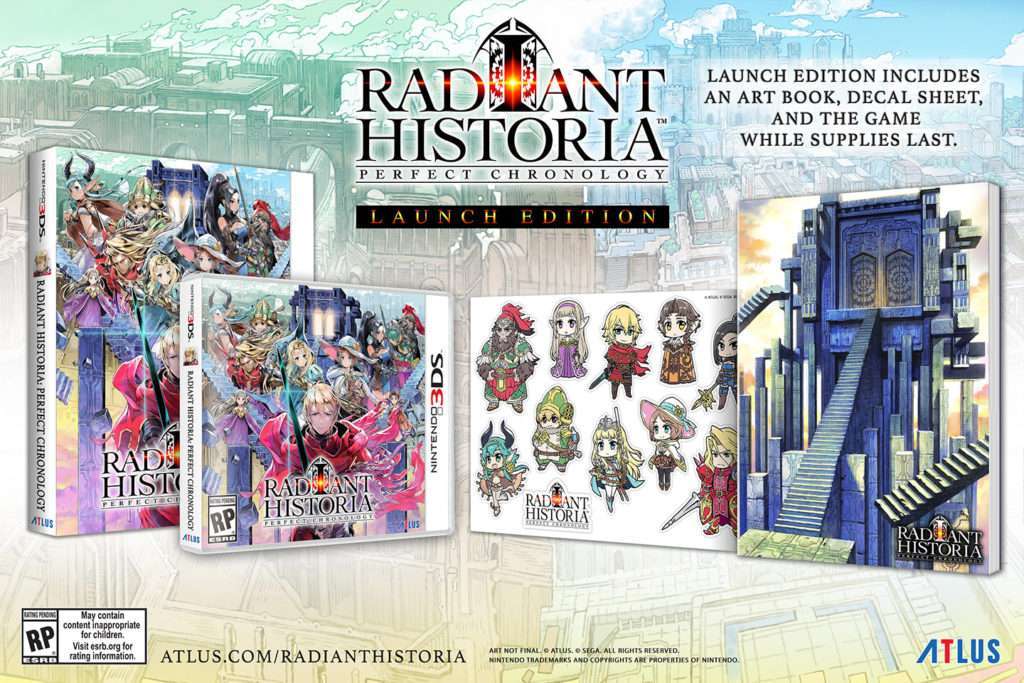 They say you can’t change the past, but they clearly just haven’t been acquainted with the wondrous time-bending powers of the almighty White Chronicle. Get ready to embark on a most excellent adventure because JRPG Radiant Historia: Perfect Chronology, an expanded port of 2011’s Radiant Historia, is coming to the West early next year for Nintendo 3DS. Besides adding new story content, redesigned character art, more difficulty settings, five new tracks from original composer Yoko Shimomura, and more to the game, we’re also going to be releasing a launch edition! Just check out that colorful glam shot.

Those who pre-order or snag limited launch copies of Radiant Historia: Perfect Chronology will be able to commemorate their escapades through different timelines with some pretty nifty goodies. There’ll be an exclusive art book (we’ll reveal more details in the future) and a decal set that features some key figures from the game like the stoic Alistel agent Stocke, faithful confidants Raynie and Marco, the tough-as-nails Rosch, and other familiar faces. Changing the course of history isn’t easy, so use the art book and decals to remember everything that is and could have been.