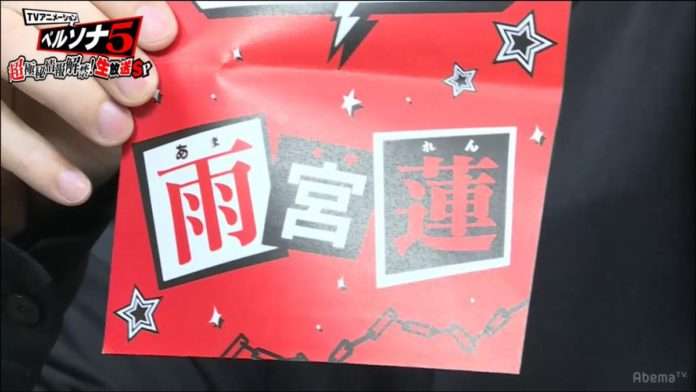 During today’s Persona 5 the Animation focused live stream, the full name for the Persona 5 protagonist was revealed as “Ren Amamiya” (雨宮蓮).

The official name for the Persona 5 protagonist, who is also known by his code name “Joker,” is Akira Kurusu in the official manga adaptation.

In this TV anime adaptation of Persona 5, the actors for the main cast from the original game will make a return.

The anime is produced by A-1 Pictures, who worked on other Persona series anime adaptations in the past.

The official website for the upcoming anime can be found here,