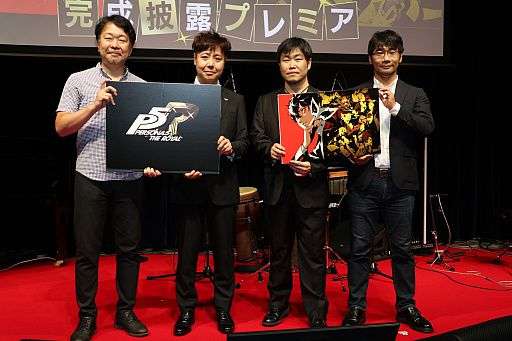 However, not on stream was the opening event for the Royal Experience, which featured key people from Sega, Atlus, and Sony greeting the visitors.

At the beginning, Atlus company director Naoto Hiraoka took to the stage and looked back on the fact that three years since the release of Persona 5, it has received an animated adaptation and numerous awards. He thanked all the fans who have supported them.

Atlus composer Shoji Meguro, who worked on the music in Persona 5 Royal, then appeared alongside character designer Shingeori Soejima and producer Kazuhisa Wada.

Meguro discussed that this time around, the young staff were very active and the content has a lot of depth as a result. Soejima expressed his gratitude for being involved with this one IP for so long, and that it’s only going to get more exciting from here. Wada stated that the “master ROM” (or final/gold version of the game) was submitted to Sony Interactive Entertainment (SIE) through Sega Games immediately before the start of the event.

Atsushi Morita, Sony Interactive Entertainment Japan Asia president, then appeared as a guest. Expressing that the Persona series is not only important for Sega/Atlus, but also for SIE as a platform holder, he stated: “The Persona series is one of the Japanese IPs that can compete internationally.” He also said: “The IP has walked alongside PlayStation ever since the first entry in 1996. I hope that we can continue walking together in the future.”

Finally, the president and COO of Sega Holdings Hideki Okamura discussed that Atlus is a unique existence with high originality within the Sega Group. Okamura also commented on Persona 5 having reached 2.7 million sales worldwide, and the Persona series having sold 10 million copies overall. He stated that the series could be called a representative RPG of Japan.

The following stage presence of the event was as seen on the live stream, reported on our liveblog.

The “Royal Experience” ended with the Atlus team together, and producer Wada expressing his gratitude towards the fans of the Persona series. He concluded the event by saying that the entire team will continue to take on new challenges, and deliver more interesting things to everyone.

Over a hundred people were invited to take part in the celebration and play a demo version of Persona 5 Royal.

Pictures of the venue:

Caroline and Justine were placed at the entrance. Illustrations from Persona 5 were laid out onthe path to the main stage. 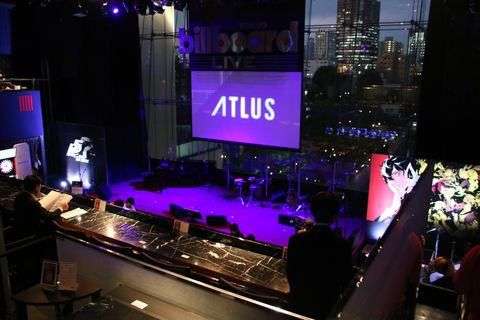 The stage. The back is made of glass, so you can see the city’s skyline. 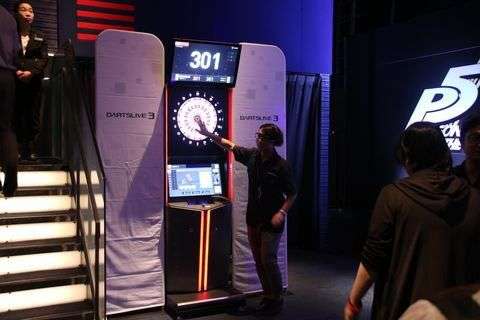 There was a corner to play darts before the start of the event. 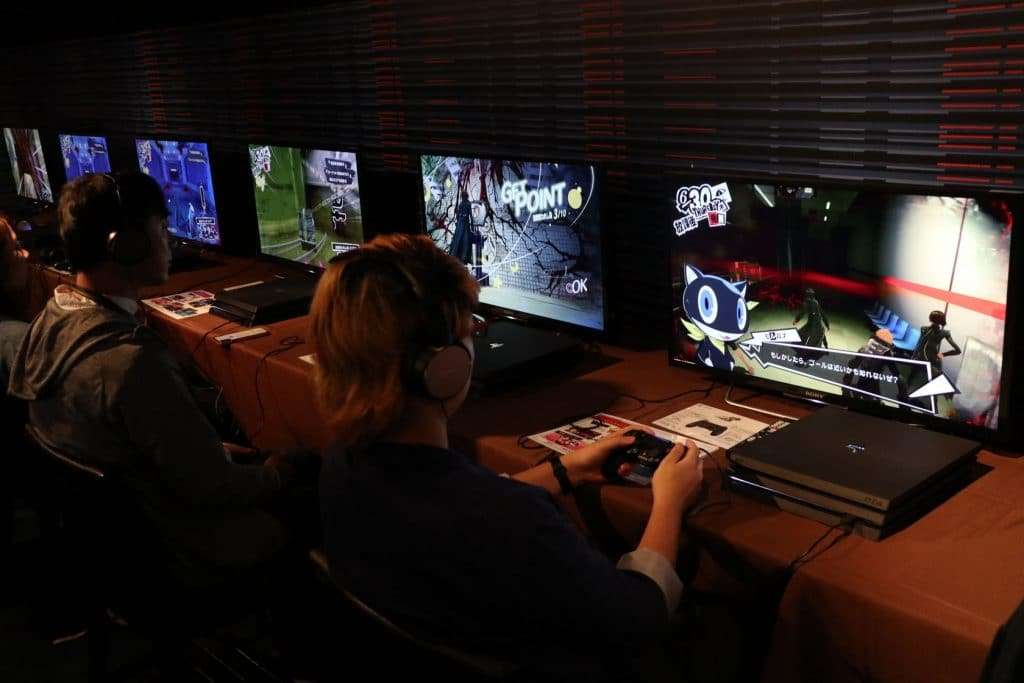 Visitors could sit down and play a 15-minute demo of Persona 5 Royal set in Mementos, where players could experience the changes to the combat system. 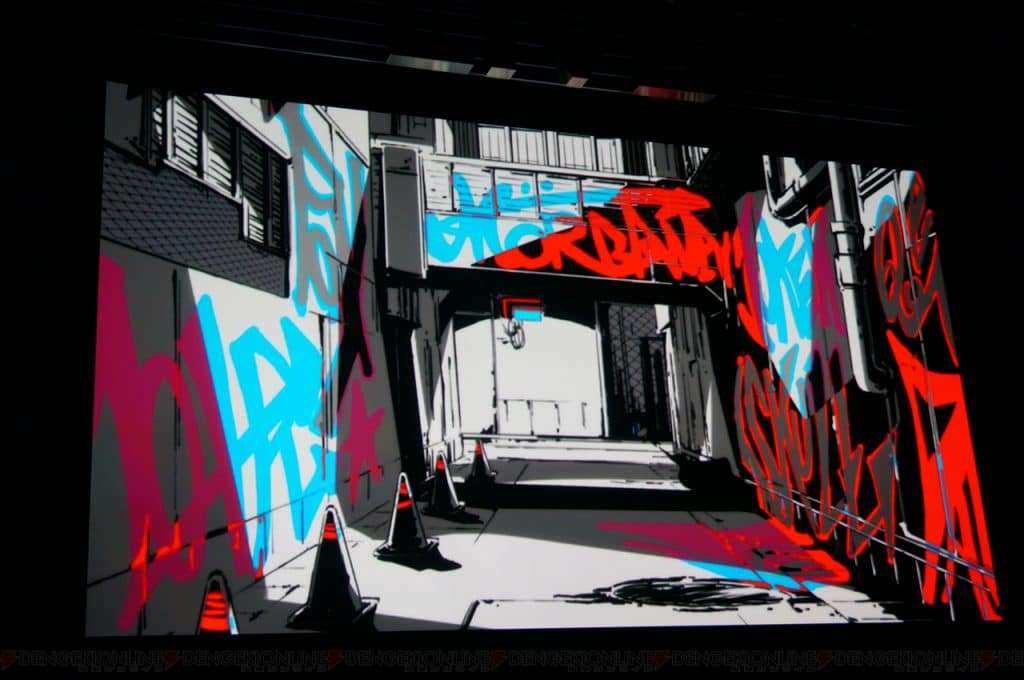 Update (2019-09-03): The opening movie for Persona 5 Royal was shown before the live stream for the event. Via Dengeki:

The opening movie depicts gigantic versions of all of the Phantom Thieves appearing in Shibuya. It has visuals such as destroyed buildings transforming into colourful blocks, which give an impression of living a free, unoppressed life. The video will be made public soon. 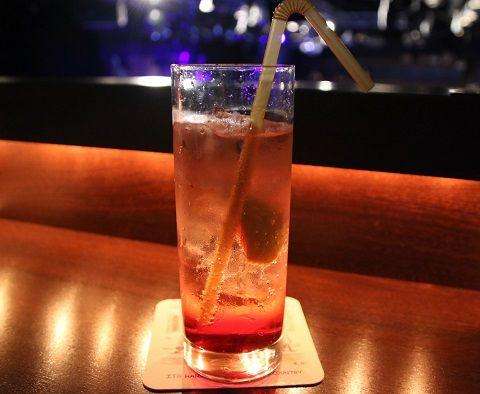 An original, non-alcoholic cocktail was served at the venue in the image of Persona 5 Royal, prepared with strawberry, raspberry, and cranberry.