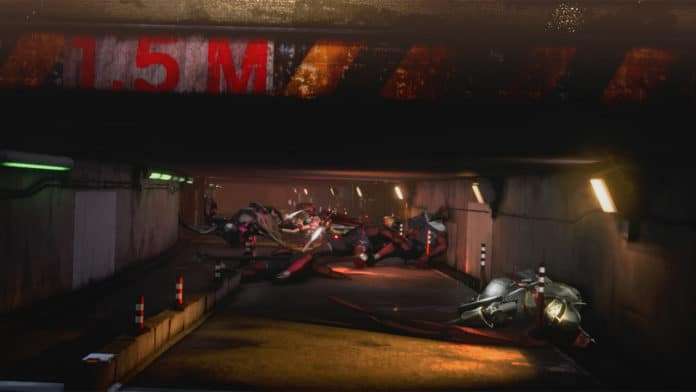 Last week, Weekly Famitsu magazine issue #1508 featured a Shin Megami Tensei V developer interview with the creative lead Kazuyuki Yamai, which was recently announced for the Nintendo Switch after being teased in January this year.

RPG Site has fully translated the interview. Some excerpts:

Famitsu: Finally you have declared that Shin Megami Tensei V is under development.

Yamai: The first Shin Megami Tensei (SMT) was released this month, October, 25 years ago (in 1992). Unfortunately, we’re unable to fulfill SMTV’s release within this anniversary year, but we have a desire to tell everyone that SMT will still continue from here on, so we made the announcement at this timing.

Famitsu: Will Yamai-san still get to work as the producer for SMTV, continuing on from SMTIV Apocalypse?

Yamai: Yes. I am also in charge of various projects related to SMT’s 25th anniversary.

Famitsu: As the next numbered title, what kind of title will SMTV be like?

Yamai: This will also include my own personal opinion, but if we consider the first Shin Megami Tensei as the start, SMTII took an expansion route with things like broadening the mythologies and religions that serve as motifs and adding more demons, and in its climax you’d fight against an opponent that’s on the level of a universe creator, so in a way, SMTII already expanded the series greatly. Then we were going deeper into the inner space with things like making SMT if… or using the opportunity to make spin-off series like Devil Summoner and Persona.

And in SMTIII, if I had to say it, we aimed not for the title’s volume but rather to revolutionize the quality. It was filled with challenges like breaking away from LAW and CHAOS or implementing the Magatama system.

After going through this flow, in SMTIV you could say we went back to our roots, but I thought to once again take the essence that the first SMT had in a shape that fits the current era. And the direct sequel to that -SMTIV Apocalypse- delves even deeper into SMTIV’s world while also adding the viewpoint of Monotheism vs Polytheism, depicting a new section in the drama between deities, demons, and humans.

On top of that, if I am to raise the single direction SMTV is aiming for, it’s to stare back again at the nature of the era. In the past, in the 1990s which was called the End of the Century, there was an occultic hype of ‘could humanity go extinct at this rate?’ And I think some people even had the thought that ‘it’s alright if everything ends like this.’ At that time, the game that appeared to thrust a question of ‘If the world you’re living in now is destroyed, what will you do?’ to people living exactly in that era was SMT.

Even in the current 2010s decade that will soon end, there ought to be many people who are frustrated with problems from the inside and outside, such as uncertainty on employment and pension, terrorism, and nuclear weapons. Because we’re in such an era, I want to create an SMT that can empathize with the thoughts everybody’s minds. We want to challenge that with SMTV.

On the Game’s Development

Famitsu: We thought the scene of Shinagawa station was an elaborate cel-shaded anime, but if we take a deeper look, it turns out that it’s CG instead.

Yamai: That’s right. As the Unreal Engine logo is displayed in the PV, it’s the first time our company is adopting this powerful game engine. In the past, things created with development tools needed time to be converted (outputted) into the actual game screen, so in the meantime [while the conversion was being processed] we would go out to eat, and when we returned sometimes [the conversion] failed so we had to work all night to convert them again.

If we use Unreal Engine, it can be outputted in less than a minute, so the environment for making games has drastically changed. Because when you can check what you’ve made on the game screen instantly, you can take more time to polish ideas or do trial-and-error. Furthermore, this engine has deep capabilities that let us do arrangements unique to us, so I’m really glad we get to implement it.

Famitsu: For the supported hardware, what’s your reason to choose Nintendo Switch?

Yamai: I felt it again in the middle of the development process, but the Nintendo Switch lets you play games with HD quality graphics on that compact console, and you can also carry it with ease, so it’s a really lovely hardware (laughs). I hope you get to enjoy a gaming life… where you set your back [on a sofa] and play it on TV when progressing the story, and [play it] while lying on the bed when grinding for things such as fusing demons.

The complete translation can be found on RPG Site.