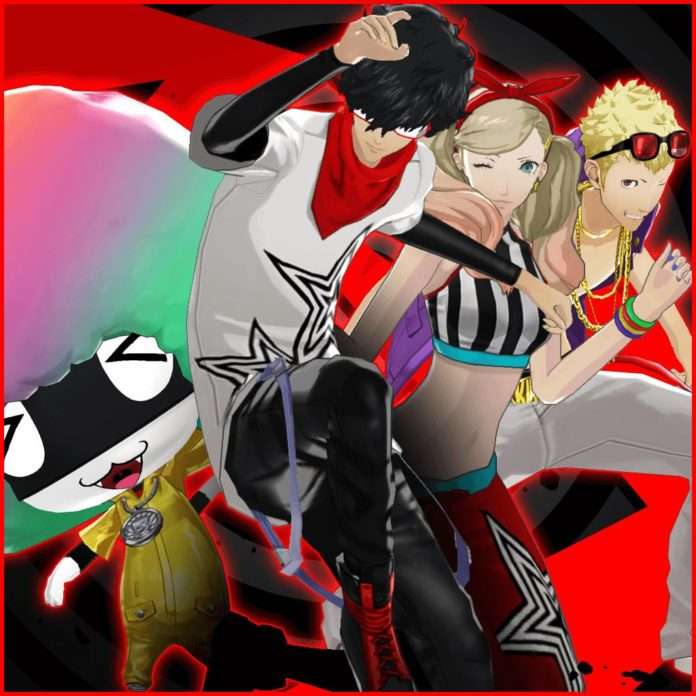 It was discovered yesterday that the Atlus registered domain for a Persona Q sequel had been updated, with its nameservers being moved to Atlus ones instead of the default Onamae ones.

Today, on July 28, 2017, the same happened to the previously registered domain “PERSONA-DANCE.JP,” hinting at a potential sequel to the dancing game spin-off Persona 4: Dancing All Night, originally released for the PS Vita in 2015. 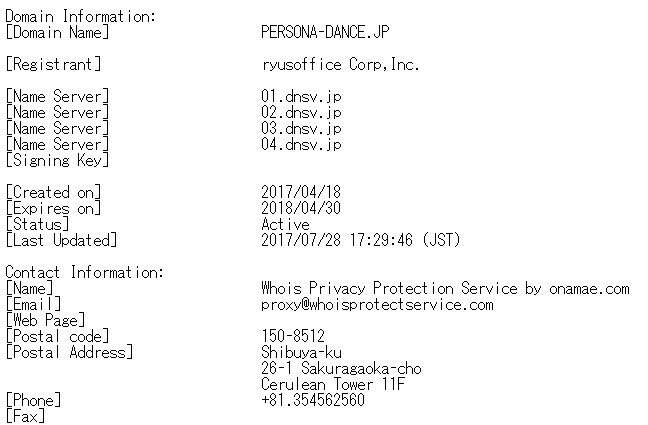 “PERSONA-DANCE.COM” has also been updated as of July 27th, leading to Atlus nameservers on an unconfigured server, so the site cannot be reached at all.

There have been hints in the past regarding the possibility of a new Persona dancing game, leading to the possible upcoming announcement now:

During the Persona 4: Dancing All Night launch event, producer and director Kazuhisa Wada stated that Atlus would look into making a Persona 3 Dancing game if P4D performed well.

In the beginning of 2016, Dengeki PlayStation released an interview with numerous Japanese developers about their outlook on 2016. Persona 4: Dancing All Night producer and director Kazuhisa Wada stated that, while gathering feedback, he would be in preparation for his next title. Wada stated the same at the end of 2016.

Two of the questions in the February 2016 Atlus consumer survey were about Persona 4: Dancing All Night.

The first (Q15) showed off screenshots and asked respondents how they felt about them. The second (Q18) asked about how those who played the game felt about the balance between story and gameplay.

DJ Taku Takahashi stated, in an interview with The FADER, that one of the projects he had worked on in 2017 was remixing music for Persona 5, which he speculated could appear in a future title. Persona 4: Dancing All Night featured many Persona music remixes from different Japanese artists.

This statement was removed from the official interview shortly after the Persona Central post was published on February 25, 2017.

In a new Atlus employee 2017 interview featuring all three of the company’s production studios, the P Studio representative “S. A” worked on the design of DLC costumes in Persona 5, which would presumably include the Persona 4: Dancing All Night costumes.

She then teased that she was working on designs of costumes worn by characters in a new game that would evoke their personalities and highlight their features, and that the designs would surprise players.

It was revealed that, at the upcoming Persona Super Live concert, the dancers would consist of 10 people who performed the motion capture performances for characters in Persona 4: Dancing All Night.