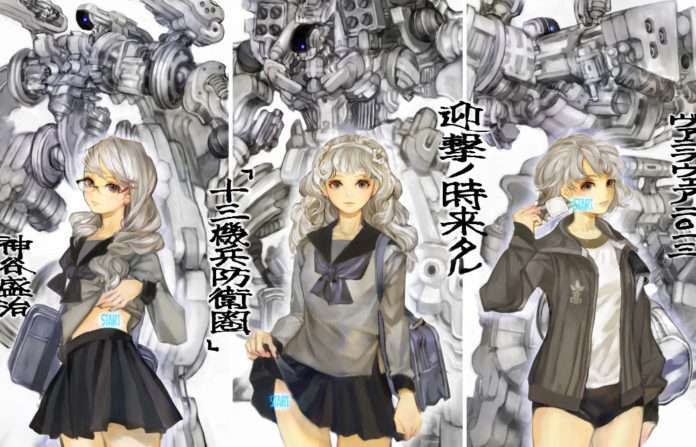 Found through the source code of Sega’s recently launched TGS 2015 website (confirming Persona 5 at the event), a new game from Vanillaware has possibly been leaked.

The source code for Sega’s Tokyo Game Show 2015 site (currently taken down) had the title “十三機兵防衛圏”, which translates to “Thirteen Mecha-Soldier Defense Zone.” This is the same title that was at the center of Vanillaware’s New Year card in January 2013.

This is likely related to the new Atlus X Vanillaware game teased for a September 2015 reveal on July 20th, alongside the announcement of Odin Sphere Leifthrasir.